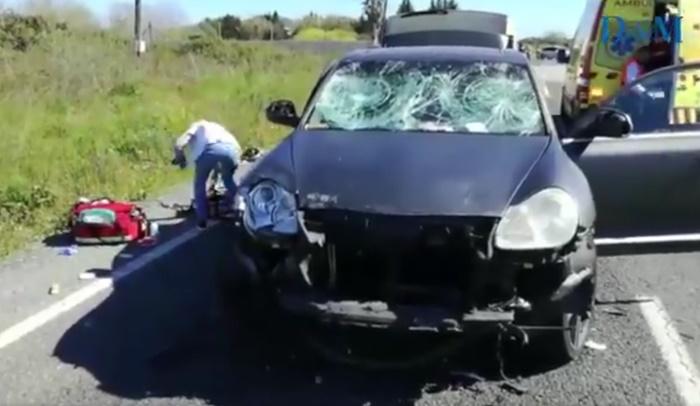 Porsche driver who ran over nine German cyclists in Mallorca, killing one, had been caught drug driving before

Driving ban had yet to take effect
by Alex Bowden

A motorist who ploughed through a group of German cyclists in Mallorca, killing one of them, had already been facing a driving ban for drug driving reports the Mallorca Daily Bulletin.

On April 4, a group of twelve German cyclists set out on a ride from their base in Font de sa Cala, Capdepera, heading in the direction of Arta.

Nine of them were hit by Anais Marco, who was driving a Porsche Cayenne in the same direction. Christoph Bohnen, a 47-year-old from Bavaria, lost his life.

Marco tested positive for cannabis and said that she had smoked the night before but claimed not to have done so on the morning of the accident. The Guardia Civil found the stubs of five joints in the vehicle. She said that these were her boyfriend's.

“I’m not a drug addict who goes out on the road to kill eight people,” she said. “When I was going to overtake, they were two in two, but suddenly four went in parallel, occupying almost the entire lane. Suddenly I see that I am on top of the cyclists and hit the brakes.”

She also said that the sun had blinded her and that it was when she put her visor down that she hit them.

A local amateur cyclist told the Olive Press that this clearly wasn’t the case. “The sun rises from the east,” he said. “I’m from there, I’m a cyclist and I’ve gone through the place in question – the road is wide and there is one hundred percent visibility.”

Around three weeks before the accident, Marco was given a fine for driving under the influence of drugs in March 2015. Her driving licence was also withdrawn for a year, but the ban had yet to take effect and she had been able to continue driving.

Marco has been charged with reckless homicide.