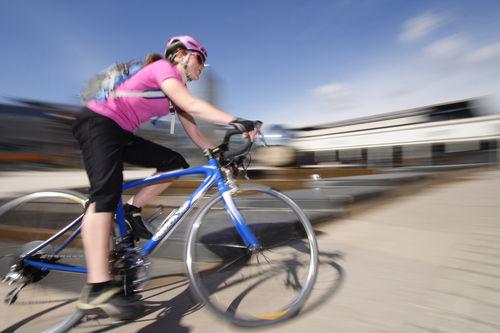 Cycling would appear to be good for women's sexual health

Following the news that cycling doesn’t affect men's sexual health comes the revelation that the activity could actually be beneficial for women. A study published in the Journal of Sexual Medicine found that ‘high intensity’ cyclists had lower odds of self-reported sexual dysfunction compared to non-cyclists.

The majority of participants were white, under the age of 40, single and normal weight. In addition to the Female Sexual Function Index, they completed the American Urological Symptom Index questionnaire.

They were also questioned on factors such as bike type, saddle type, frequency of wearing padded shorts, proportion of time riding out of the saddle, saddle angle, handlebar height and type of riding surface.

1
Chef grabs hammer during road rage argument with 17-year-old riding side by side with dad
2
BMX racer Connor Fields out of ICU after suffering brain bleed in horror crash at Tokyo Olympics
3
Cyclist reports four close passes to police... and is told he could be prosecuted
4
Parish council calls in police to oversee bike rack installation amid protest fears
5
TalkRadio slammed for holding poll asking 'Are cyclists a danger on the road?'
6
The new LoreOne is definitely the most expensive bike shoe you’ve ever seen
7
Pro launches £600 Vibe Evo integrated handlebar, along with new Stealth Curved saddle
8
Near Miss of the Day 618: Morrisons lorry driver in close pass on two cyclists (includes swearing)