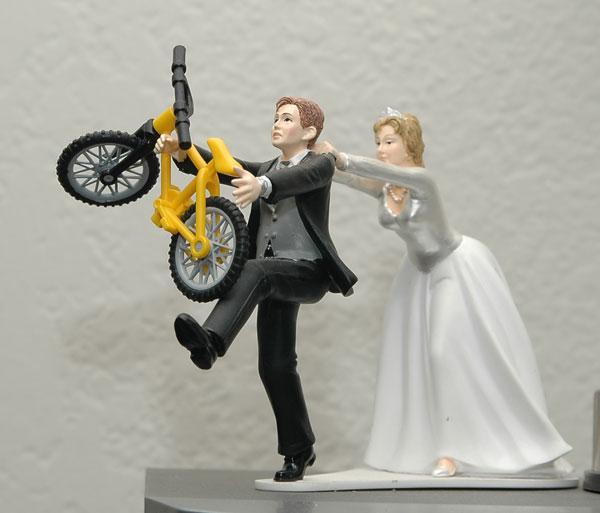 "My husband always spends time with his bicycle. He has a different kind of a bond with it" – he even did bike repairs in the living room, claims divorce petition…...
by Simon_MacMichael

Here’s a story that may strike a chord with some of our readers – a woman in Turkey has filed for divorce from her husband due to his obsession with his bicycle, saying “he is literally in love with the bike.”

Dailysabah.com reports that the woman, named as Yağmur Z., is claiming 400,000 Turkish lira (£76,000) from her husband, Burak Z., due to the effect that the attention he pays to his bike has had on her mental well-being.

Filing her complaint, she said: "My husband always spends time with his bicycle. He has a different kind of a bond with it."

She said that each day, her husband – who has now left the home they shared in Istanbul – would clean and maintain his bike in their living room.

She added: "This is not an ordinary attachment, he is literally in love with the bike."

From the Dailysabah report it does not appear that infidelity was included in the grounds for divorce, something for which Mrs K may perhaps take a crumb of comfort.

It has to be said that on the limited details given in the news report that if the most extreme aspect of  Mr Z's "attachment" is a proponsity for carrying out cleaning and maintenance in the living room it probably doesn't sound that extreme to the average British cyclist.

Indeed far more extreme examples of bicycle "love" can be found in the road.cc news archive.

In 2007, 51-year-old Robert Stewart was put on probation for three years after cleaners discovered him in a compromising position with his bicycle in a hostel room in Scotland.

According to a report on Telegraph.co.uk Stewart, naked from the waste down, stopped to ask, "What is it, hen?"

He then proceeded to "move his hips back and forth as if to simulate sex."

Stewart, a bachelor, pleaded guilty at Ayr Sheriff Court to a sexual breach of the peace.

Sheriff Colin Miller said: "In almost four decades in the law I thought I had come across every perversion known to mankind, but this is a new one on me. I have never heard of a 'cycle-sexualist'."