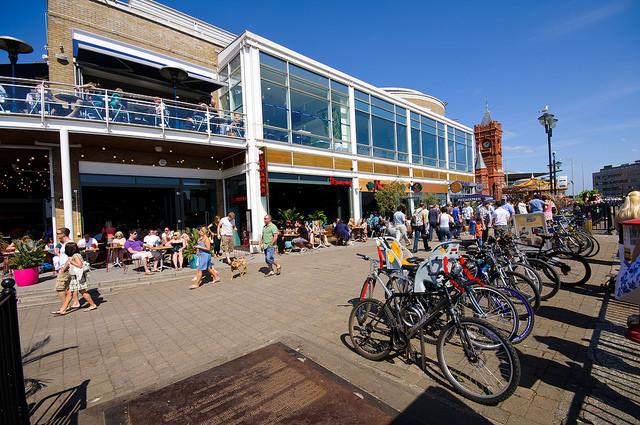 The Chief Constable of South Wales Police has outlined how he plans to make Cardiff safer for cyclists.

Matt Jukes, who was appointed to the top job in the force last month, told a meeting of Cardiff Cycle City on Wednesday: “If there’s a city that can make cycling work, it’s Cardiff.”

Speaking at the Ride My Bike Café on the Welsh capital’s Park Place, he revealed that South Wales Police plans to run a close pass operation during the spring, reports Wales Online.

Adding that he aims to “create a space where people can enjoy their cycling” in Cardiff, he also said that the force is using bikes equipped with GPS trackers in a bid to thwart bike thieves.

“During October, we were averaging 50 thefts a month. Last year, we had 580 thefts. Now we’re averaging 30 a month in November and December.

“There was a small spike in January but we’re on track for February.”

Chief Constable Jukes, who arrived at the meeting by bike, said that he also wanted to see more of the force’s own officers cycle to help improve absenteeism.

“We’re a family whose kids walk to school and my wife cycles to work every day and I’ll do the same,” he said.

“But as an employer, we employ 5,500 people in South Wales Police. We have the worst long-term sick in the police forces from England and Wales.

“We run about £200 million in terms of staff budget and I lose about five to 10 per cent of that every year due to ill health. That’s £10 million that could be spent policing the streets.

“As an employer, if we can offer something that keeps staff active that’s a huge importance for us," he added.

“I’m really keen that we play our part as a police force, that it feels safe and we can create a space where people can enjoy their cycling. The starting point is a safe environment.”