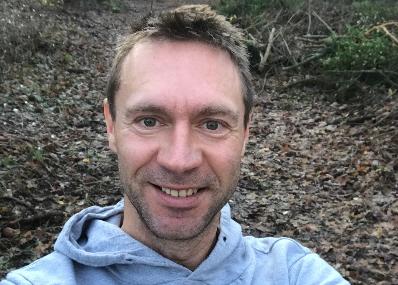 German ex-pro to undertake challenge on 7.1-kilometre course in Berlin's Grunewald in early January...
by Simon_MacMichael

Retired pro cyclist Jens Voigt has announced his latest charity challenge – and while, as ever, he’ll be employing his catchphrase “Shut Up Legs!” it won’t be while he’s pedalling, as the German sets himself the task of running seven marathons in seven days.

Supported in his effort by Fitbit, the 46-year-old will be raising funds for Tour de Cure, which was also the beneficiary of his successful attempt to ‘Everest’ Berlin’s Teufelsberg in January this year, when he raised more than €28,000 for the cancer charity.

Entitled Jensie’s Marathon Madness, the challenge will take place from 2-8 January 2018 on a 7.1 kilometre course in the German capital’s Grunewald.

That means that Voigt, who will be running the course between 12 noon and 4pm each day, will have to run just shy of six laps to complete the 41.195-kilometre marathon distance, and 42 laps over the week as a whole.

“After my Everest Challenge a while back, which was already a special achievement, this is something I want to do for two reasons,” he said.

“First and foremost, I was overwhelmed by the positive feedback for my Everest Challenge in the beginning of the year.

“I want to raise as much awareness and funds as possible for the fight against cancer.

“The second reason is that I love to challenge my limits.

“I love to go above and beyond, trying to see what my body and mind are capable of. And what's a better way to do this than running seven marathons within a week?

It will possibly be the challenge that embodies my motto ‘shut up legs’ like nothing else I’ve ever done before.“

Anyone who finds themselves in Berlin and fancies sticking their trainers on to join him for a lap or three during the challenge is invited to so.

Donations to Tour de Cure can be made here, while you can follow Voigt on Strava here.