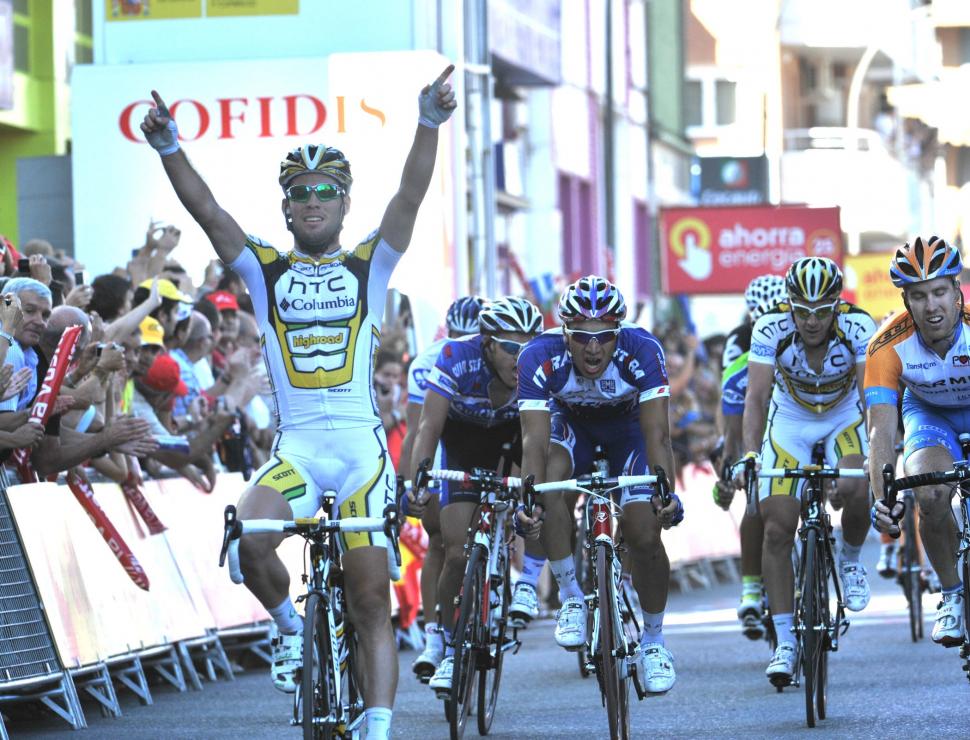 Mark Cavendish this afternoon got the win he needed to complete a hat-trick of stage victories in each of cycling’s three Grand Tours – the Tour de France, Giro d’Italia and now the Vuelta a España – becoming only the second British rider to complete the feat previously accomplished by Robert Millar more than two decades ago, but insists he has unfinished business in the race as he targets winning the points competition.

The Manx Missile shot out of the last corner in the finish in Lleida in the slipstream of team mate Matt Goss, and with a clear gap behind, it was clear that there was only going to be one winner, although had Cavendish got his way, it would have been the Australian who crossed the line first.

“Matt has done an incredible job today,” Cavendish explained afterwards. “I kind of wanted to give him the stage like I did two years ago at the Giro [when André Greipel took the stage win] because I did nothing for winning today, the team did everything. I was brought to the finish by my team, I’m grateful for that, but I looked behind and other riders were coming across, so I really had to take the win,” he continued.

The 25-year-old rebuffed suggestions that he had been struggling with his form in the opening week of the race, when he was twice second and also bagged one third place in sprint finishes.

“We came here to the Vuelta with a group of young guys and the ambition to get in good shape for the world championship,” he maintained. “It would have been nice to win one of the first stages but we had bad luck with punctures and I got boxed in, I didn’t fail because of a lack of form. It’s nice to win again but it’s not a relief,” he added.

Certainly Cavendish seems to be enjoying his first participation in the Vuelta, which he described as “a beautiful race,” adding, “It’s pretty nice to have now won stages at each Grand Tour.”

It’s clear that the achievement means a lot to him. “Everyone knows the passion I have for these races,” the HTC-Columbia rider pointed out. “I used to watch them as a kid – to stand on the podium is pretty special.”

Today’s stage win in Lleida doesn’t signal the realisation of Cavendish’s ambitions in this year’s race, however. “I want to finish the Vuelta and I’d like to win the green jersey,” he maintained, although he acknowledged that this was perhaps the more difficult race for him to top the classification in due to the way in which points are awarded, with more points on offer in flat stages of the Tour de France.

“I usually say that it comes from stage wins,” Cavendish said, “but here it’s different because the same number of points is allocated to mountain stages and flat stages, so it’s not just a big fight between sprinters. It depends on who wins what in the mountains too,” he added, as demonstrated by race leader Igor Anton, who started the day in the lead of the points classification, still lying in third place.

Accused last year of allowing Cervelo TestTeam’s Thor Hushovd gain an advantage on him as the Norwegian, unlike Cavendish, picked up bonus points during less sprinter-friendly stages, the HTC-Columbia rider said, “I’ll try to get to Madrid and fight for intermediate sprints.”

In winning today in Lleida, the Manxman may have history on his side. In the only previous stage finish in the Catalan city, the winner was another Briton, Malcolm Elliott, who that year became the only British rider to date to win the points competition in a Grand Tour and who is still very much a force on the domestic scene as he approaches his 50th birthday, racing for Motorpoint-Marshalls Pasta.

“To do at the Vuelta what Malcolm Elliott did before is special,” said Cavendish. “He still races when I race back at home. I’m not quite good looking like him,” he joked, “but I try to be as good on a bike as he was at this kind of races.”

Meanwhile, race leader Igor Anton, who won his second stage of this year’s race yesterday in Andorra-Pal to seize back the red jersey from Katusha’s Joaquin Rodriguez in a dramatic summit finish, was happy with his day’s work today. 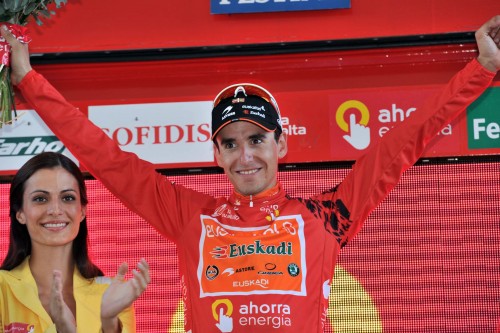 “This was a stage for pure sprinters and the scenario has been according to what everybody planned,” the Euskaltel-Euskadi rider explained afterwards. “One day after winning in Pal, I had good legs and I was very happy to wear the red jersey. My team has done a great work to protect me, notably in the finale when there were a lot of tensions. One more good day at the office has passed!”

Tyler Farrar, who crossed the line second behind Cavendish and whose Garmin-Transitions team had worked hard at the front of the peloton together with teams including Quickstep and Footon-Servetto to keep the day’s breakaway in check, claimed that he could have run the HTC-Columbia rider even closer in the finale but for some bad luck.

“It was completely possible to win today, even though Cavendish had a great lead out,” the American insisted. “But Andreas Stauff from Quick Step almost fell in the last corner while I was closing it. We lost the race in the last turn, also because of the dirt on the road.” 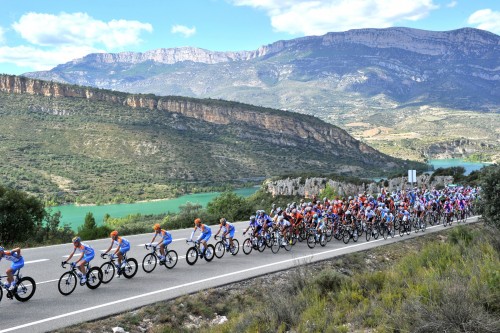 Six riders got away early in today’s stage, including Perrig Quéméneur of Bbox Bouygues Telecom, with a further three bridging across from the peloton as the day progressed, one of them, David Garcia, only five minutes or so off the top of the GC which sealed the breakaway’s fate as it was brought back in with 20km to go

“I feel good at this Vuelta, I’m happy with my first Grand Tour,” revealed Quéméneur following the finish in Lleida. “That’s why I broke away again today,” he added.

“It was a half-assed front group because of the presence of three riders from Xacobeo-Galicia, notably David Garcia,” added the 26-year-old Breton, pictured on the right as Garcia led the escapees. “The bunch would have never let him too far ahead. Therefore I’ve never believed in our chances to contest the stage win but it was so good to be at the front!” 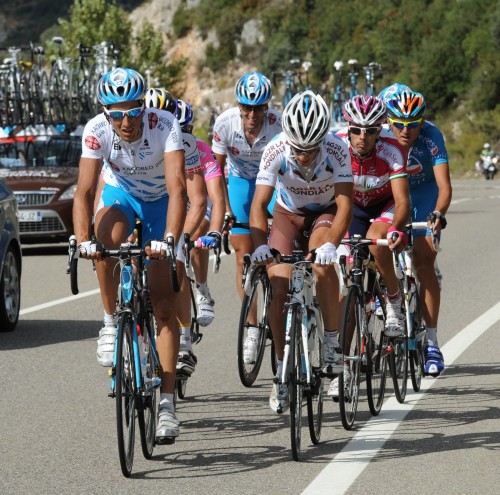 With the race now firmly into its second half, battle will be joined at the weekend between the main contenders for the overall title as the race moves into the Cantabrian mountains. Ahead of that, however, tomorrow’s Stage 13 which covers the 196km from Rincón de Soto to Burgos is an intriguing prospect.

An intermediate sprint inside the opening 10km is likely to see Cavendish and Farrar among others go for points right from the outset, but with two Category 3 climbs figuring in the latter part of the itinerary in a part of Spain where the wind, if it whips up, can wreak havoc on the peloton, a bunch finish is by no means guaranteed.