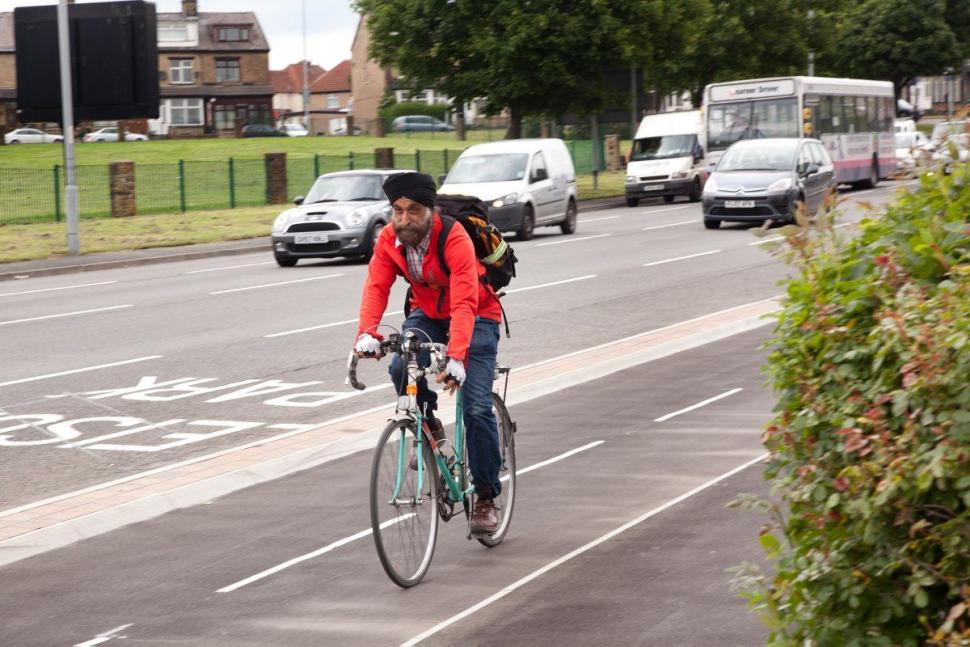 Work has begun on creating a ‘missing link’ segregated cycle path between Bradford and Shipley.

The £3.1 million CityConnect2 route has been controversial, but the council has ploughed ahead, saying the funding was at risk of being withdrawn if construction didn’t begin.

It should be open by the middle of next year.

The route passes some industrial areas, and firms argued that traffic restrictions would cause problems for them.

Paul Jaggar, managing director of builder’s merchant Uriah Woodhead and Sons, told the Telegraph and Argus that those affected were considering taking the matter to court by seeking a judicial review of the decision or by teaming up to lodge a class action against the authority for compensation.

Councillor Alex Ross-Shaw, Bradford Council’s executive member for regeneration, planning and transport, said: “It is important to get it on budget and on time. This is the most viable route. We are always willing to speak to businesses to see what we can do to address their concerns.

“It is a fantastic piece of infrastructure to get people to cycle more.”

As we reported earlier this year, the original CityConnect delivered just over 14km of segregated cycle route from Leeds city centre along the A647 to the new Broadway shopping centre in the centre of Bradford.

It was announced in February that more than 100,000 trips have been made on it since it opened in June last year.

More information about completed and upcoming phases can be found here.