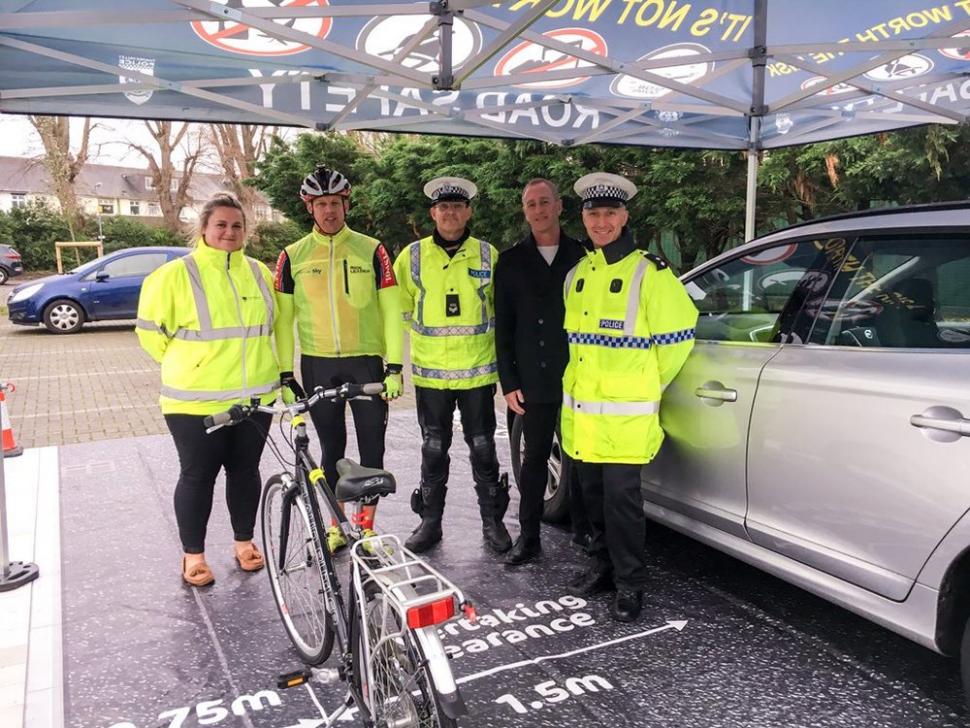 As well as motorists, officers have been targeting “cyclists and other road users whose behaviour may make them more at risk of being involved in a collision”
by Alex Bowden

Hampshire police officers last week stopped both motorists and cyclists in the New Forest as part of the force’s Give Space, Be Safe campaign. The Bournemouth Echo reports that seven drivers were stopped for passing a plain clothes police cyclist too closely, while 15 cyclists were given advice and “high-visibility freebies.”

Sergeant Rob Heard said: “The week’s activities were a great success. We have seen a marked improvement with drivers giving plenty of space and time when overtaking cyclists.

He added: “A close pass not only presents danger to the cyclist but it’s also intimidating. Drivers should be allowing other road users as much room they would a car – but many seem to not know this, or choose to ignore it. Remember that any cyclist you overtake could be our police cyclist.”

Similar operations were also run in Portsmouth and Southampton. In all cases, motorists opted for roadside education using Cycling UK’s close pass mat rather than prosecution.

In Portsmouth, seven drivers were stopped for passing too closely when overtaking the police cyclist, while officers issued 15 cyclists with fixed penalty notices for not having lights and spoke with more than 150 about what lights and clothing they should have to ensure they are visible. Those fined can however avoid paying if they buy new lights from an approved cycle shop in the area within 28 days.

In Southampton six drivers were stopped, while 20 cyclists were spoken to – two for riding through red lights.

Explaining why a close pass operation had seen so many cyclists stopped, Heard said: “We have not only been targeting poor driving behaviour, we have also been targeting cyclists and other road users whose behaviour may make them more at risk of being involved in a collision.”