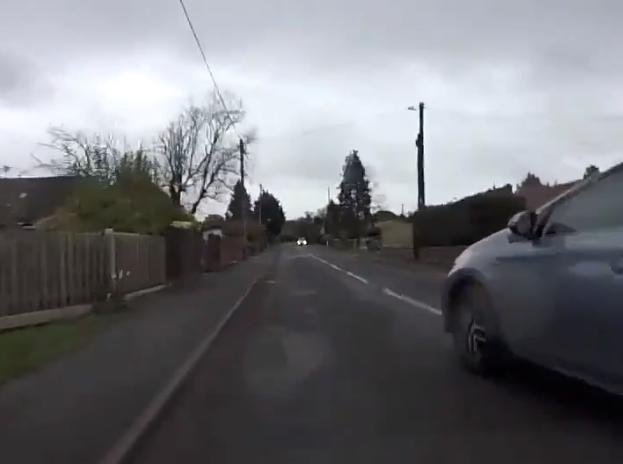 Near Miss of the Day 46: Police invite submission of footage

A road.cc reader who copied in Surrey Police’s Twitter account when submitting a near miss video to us earlier today has been invited to send the footage to the force.

David Ladkin tweeted footage earlier today of a driver pulling out in front of him while he was on his commute at a crossroads where the cyclist had right of way.

A Twitter user replying to that tweet copied in the Surrey Police Roads Policing Unit, who asked David whether he had reported the incident.

My simple response to this is what a massive prick. @SurreyRoadCops

I agree! I was wearing fluorescent clothing, with flashing lights, so he knew I was approaching.

Has this been officially reported?

Hi!, no, how do I go about reporting it?

Call 101 or at https://t.co/tyfQRZ3NyC and mention that you have footage

The force’s Roads Policing Unit regularly uses Twitter to debunk myths held by some motorists about cyclists and the law, winning it fans among bike riders who use the social media platform.

One example came earlier this week when it replied to a Twitter user with a locked account who appears to have asked whether it was compulsory for people on bikes to use cycle lanes.

Nothing to do with different rules. There is no legal requirements to use them, most are not appropriate for a road/race bike.
The road is…

…as much their road as it is yours.

Wrong attitude.
Road tax doesn’t exist - motor vehicle pay an emissions tax, some (like EVs) don’t pay as they have no tailpipe emissions…

…like a pedal bike.
Insurance is compulsory for motor vehicles due to the significant damage and harm they can cause - yes a pedal bike can…

…cause harm, but it’s very rare and they don’t cause infrastructure damage, which can be very £££.

Most cyclists have insurance anyway, as…

A great example to set, and one that any cyclist would welcome all police forces adopting.

Subscribe
Near Miss of the Day
NMotD Surrey
Surrey Police