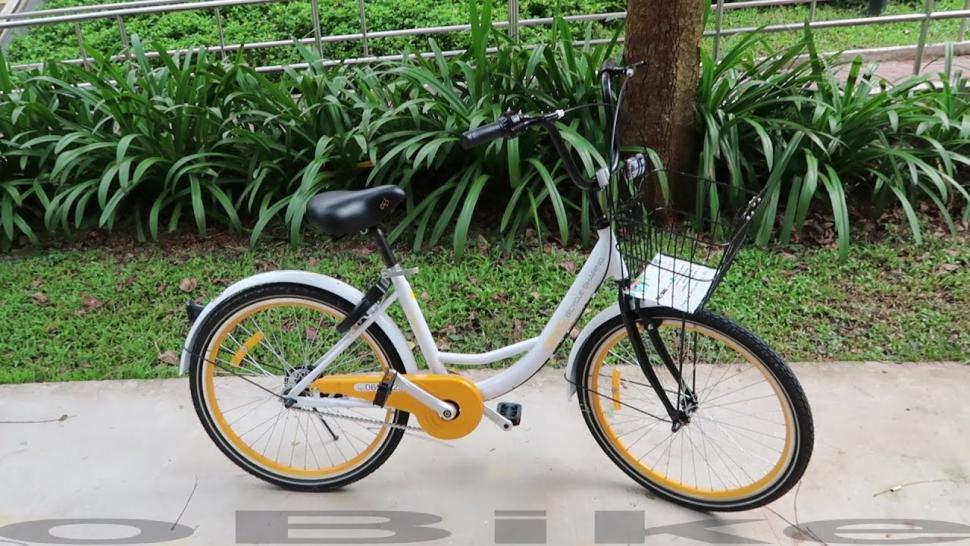 Abandoned bikes are being seized - and even charities don't want them...
by Sarah Barth

The city authorities in Melbourne have been crushing oBikes, saying the company has failed to pick up bikes that are dumped in inappropriate places.

It was news to oBike, who said they had not been informed.

Lord Mayor Robert Doyle, who has previously criticised the ‘clutter’ of the dockless hire bikes, said that bikes that had been impounded were crushed.

Bicycle Network chief executive Craig Richards told the Herald Sun: “The better alternative would be for oBikes to be available for people to hire and use as a healthy transport option that reduces congestion and eases the load on our public transport systems.”

There have been problems with some of the yellow hire bikes being abused, with some found in the river Yarra, up trees and even one placed on top of a car.

“It seems the damage is being done by a small group of vandals, rather than people who actually use the bikes,” Mr Richards said.

“If there’s one thing we need to do it’s put in more bike parking around the city for everyone to use. If we could get parking a few metres from every doorstep in the CBD it would encourage people to ride wherever they need to go and create more space for public bikes.”

The council has impounded 30 oBikes “that were cluttering footpaths and obstructing pedestrians”.

These were held for seven days before being sent to a recycling facility to be turned into scrap metal.

Some users have questioned whether the council could donate the impounded bikes to charity, but it’s not clear how possible that would be in legal and practical terms.

Mike King, who runs a bike recycling firm Back2Bikes, said: “They look like very cheap bikes, and generally cheap bikes are not much use for us,” Mr King said.

“I would need to have a closer look to make a call on how useful they would be.”

Council spokesman said Brodie Bott said: “The City of Melbourne has a policy of encouraging cycling, and of supporting bike sharing. We will keep working for a city in which both walking and cycling are safe and enjoyable.

“We have made it clear to oBike that we need to protect the amenity and safety of the city while balancing the ongoing need to encourage cycling.

“The City of Melbourne has been working with oBike and two other councils on a Memorandum of Understanding. As part of these discussions we have informed oBike that too much clutter can cause a hazard and that in these instances we will remove the hazard to maintain public access and amenity.

“oBike failed to collect them within this timeframe and pay the $50 per bike collection fee. oBike are aware we have been impounding bikes and the consequences of these not being collected.

“When we remove oBikes, City of Melbourne does not become the owner so we cannot give the oBikes to a third party, such as a charity.

“However, we will provide oBike with the names and contact details of charities that have expressed an interest in damaged or uncollected oBikes. We encourage oBike to get in touch with them,” he said.