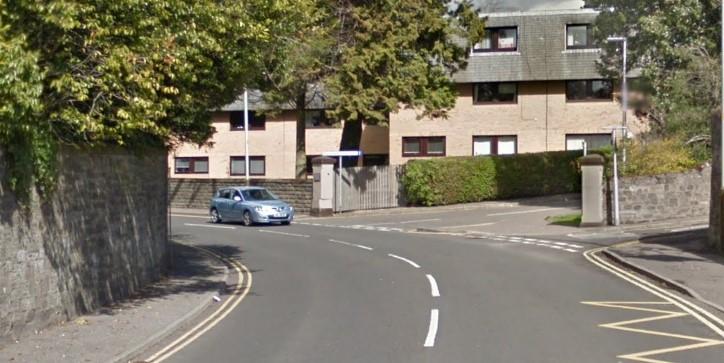 Force ‘looking into the matter’ but also says it doesn't consider a close pass operation a high priority...
by Alex Bowden

Police Scotland’s Tayside Division has said it will “look into” footage shot on a cyclist’s helmet cam which appears to show one of the force’s officers executing a close pass on a blind bend.

David Evans was riding along Claypotts Road in Broughty Ferry shortly before 8am last Thursday when the incident took place. The footage can be seen on The Courier website.

“I heard an engine approaching from behind but didn’t expect anyone to pass on a blind corner,” said Evans. “Seeing it was the police was surprising. There was all manner of silly driving going on – overtaking on a blind corner, a close pass and into oncoming traffic. It was ill judged.”

A police spokesman said: “We will look into the matter and establish the circumstances”.

Tayside Police do not currently run a close pass operation based on that pioneered by West Midlands Police and subsequently adopted by a number of other forces.

The spokesman explained: “We have considered the relevance of Operation Close Pass in Tayside and in light of our collision and road casualty profile we do not consider an operation of this nature to be a high priority at this time.

“We actively engage in both education and enforcement to promote the safety of all road users and we urge everyone to be respectful of others and use our roads with due consideration at all times.”

Evans said that he had only begun using a helmet cam following a collision last year.

“I was involved in a serious accident last year where the driver denied responsibility and because there wasn’t any footage or witnesses, bar the driver involved, there was no recompense for my injuries or possessions.

“I was concussed, lost part of my tongue and most of my bottom teeth in the accident. In fact the driver, within a week, tried to get me to pay for the damage to the car.

“Once I was back on the bike I decided I needed to record my rides should anything like that happen again. I needed to protect myself against drivers doing dumb things and getting away with it.”