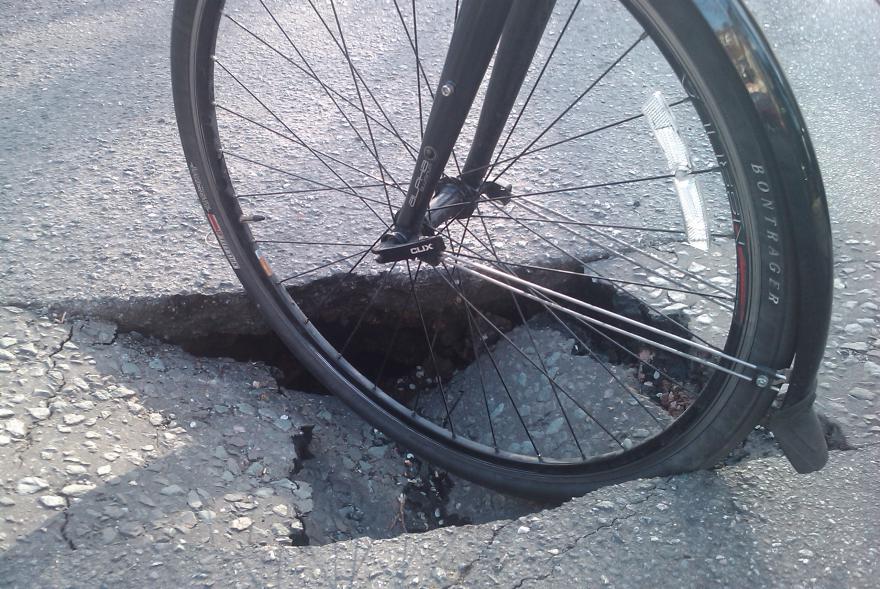 It's just a fraction of the money spent by the city to compensate for poor road maintenance this year...
by Sarah Barth

The city of Los Angeles has agreed to pay out millions of dollars to a man who was severely injured when his bike hit a pothole.

Peter Godefroy was cycling in Sherman Oaks two years ago when he was flung from his bike, suffering broken bones and a severe brain injury.

Along with his wife Patricia, the couple’s lawyers argued that the street’s maintenance was so poor as to present a hazard to cyclists, and that Peter had suffered some degree of permanent disability as a result.

The Los Angeles City Council voted 11 to 0 on Wednesday to approve a $6.5-million settlement.

“We are happy that the city has taken responsibility for the safety of the roadway at issue that caused Mr. Godefroy’s life-changing injury,” his attorney, Spencer Lucas, said in a statement reported by the LA Times. “We are proud of the bravery that Peter and his family have shown throughout this case and hope that this settlement can improve the quality of his life despite his ongoing injuries.”

It is not the first time the city has had to pay out enormous amounts to cyclists.

Earlier this year, the council spent $4.5 million to settle a lawsuit from the family of Edgardo Gabat, a 56-year-old man who was thrown from his bicycle and killed after hitting uneven pavement in Eagle Rock, part of a total of $15 million in settlements or legal judgment payments for cycling accidents linked to poor road conditions.

Last year we reported how a British cyclist won an undisclosed amount in compensation from Transport for London after hitting a damaged manhole on a protected cycle path.

Katrina Kersey had four different operations on her right arm, having broken her elbow falling from her bike when it hit a hole on a cycle superhighway in the capital.

Her fall happened in Clapham in March 2011, when she didn't manage to avoid a damaged manhole and came off when her front wheel struck it.