The Kinesis Aithein has been one of our favourite aluminium road bikes since it launched in 2013, and it’s been updated for 2018 with increased tyre clearance, a slacker head angle, improved cable routing and switch to a threaded bottom bracket.

The bike wasn’t actually on display at Eurobike but Kinesis UK distributor Upgrade Bikes had decided to tuck it away in the back of their van along with the bikes and products from the many other brands they were displaying at the show (DMR, Reynolds, X-Fusion etc) and we managed to persuade them to let us have a gander. And take some photos to share with you all. So the premise for the Aithein is to offer a lightweight and stiff frame for racing and fast riding with a weight that is competitive with some carbon frames but without the massive price tag, making it ideal for privateer racers or those cyclists that just don’t want to drop a fortune on a race bike.

The new Aithein Evo is a case of refinements rather than a massive leap forward. So it retains the same Superplastic Formed aluminium tubeset that allows for smooth profile transitions, most noticeably in the lower half of the seat tube where it flows from a round tube to square section to beef up bottom bracket stiffness. 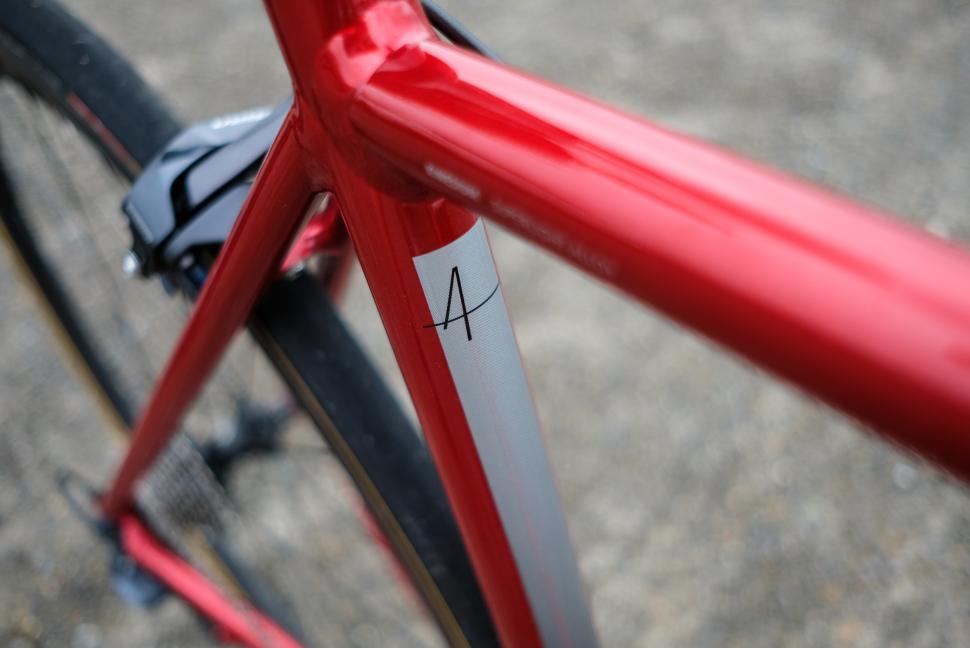 Key changes include increased tyre clearance as that’s the way the market is going at the moment. Kinesis is recommending a maximum of 28mm tyres (probably wide enough for the sort of fast-paced riding this bike is designed for) but there looks to be plenty of space around the 27mm Challenge Paris-Roubaix for going a little wider depending on tyre and rim combination.

Kinesis felt the handling was perhaps a little on the fast side so they’ve knocked half a degree of the head angle, bringing it back to 72.75-degrees. Other measurements remain unchanged, so the wheelbase on the 56cm is 998mm, the stack is 568.5mm and reach is 396.2mm. The cable routing has been modified, with the gear cables now routed inside the downtube where they were previously routed externally. The rear brake cable remains externally routed as before.

The other interesting and significant change is the switch from the previous press-fit bottom bracket, chosen for stiffness reasons, to a threaded external bottom bracket. This decision was made easier by changes to the seat tube design that ensured that despite the narrow bottom bracket there was no loss in stiffness. 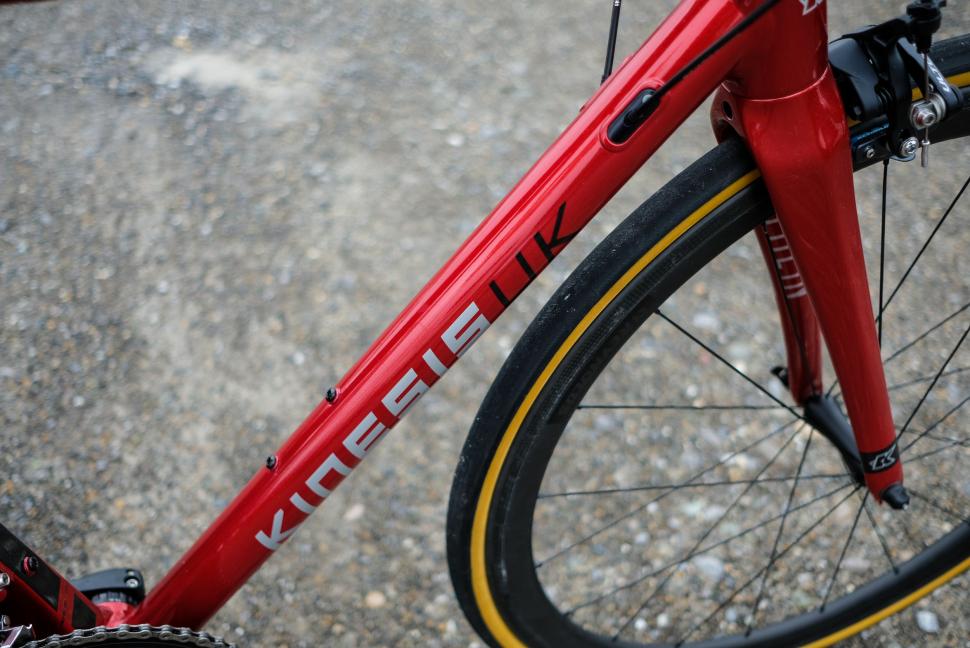 The new frame with colour matched carbon fork is going to be available in two colours, the lovely red pictured here and an anodised black option. The graphics have also been updated, the Racelight model range name has been dropped with Kinesis UK replacing it on the down tube, and the script logo on the inside of the fork legs has been swapped for a sharper and more modern looking font.  Frameset price is £729.99.

That's all for now. We'll be getting a test bike in for test soon.