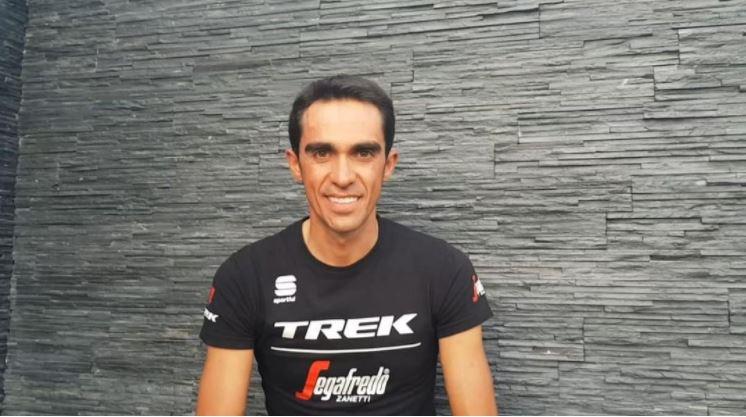 The two-time Tour de France winner announces he will retire from professional cycling after this year's Vuelta a España...
by Laura Laker

Alberto Contador is set to retire after this year’s Vuelta a España, the two-time Tour de France winner has announced.

The 34-year-old Spaniard, currently riding for Trek-Segafredo, posted a video on his Instagram account today announcing the race in his home country will be his final race as a professional cyclist.

Contador, who is one of just six riders to have won the three Grand tours – the Tour de France, the Vuelta, and Giro d’Italia, won the Tour de France in 2007 and 2009, but he was stripped of his 2010 title for a doping offence.

In a short video on Instagram, he said: “I’m doing this video to inform you about two things:  one is that I will participate in the next Vuelta a Espania from August 19, and the second is that that this will be my last race as a professional cyclist.

“I say this happy, without sadness. It’s a decision that I have thought through very well, and I don’t think there is a better farewell than in the home race and in my own country. I’m sure they will be three wonderful weeks enjoying all your affection, and I’m eager that they come.

“Greetings and see you on the road from August 19.”

Contador, whose nickname is El Pistolero, turned professional in 2003. He is famed as a formidable climber and attacking rider, who was also at one time a great Time Triallist.

Following his 2010 Tour de France win he tested positive for Clenbuterol. He was suspended by the Court of Arbitration for Sport and stripped of that title.