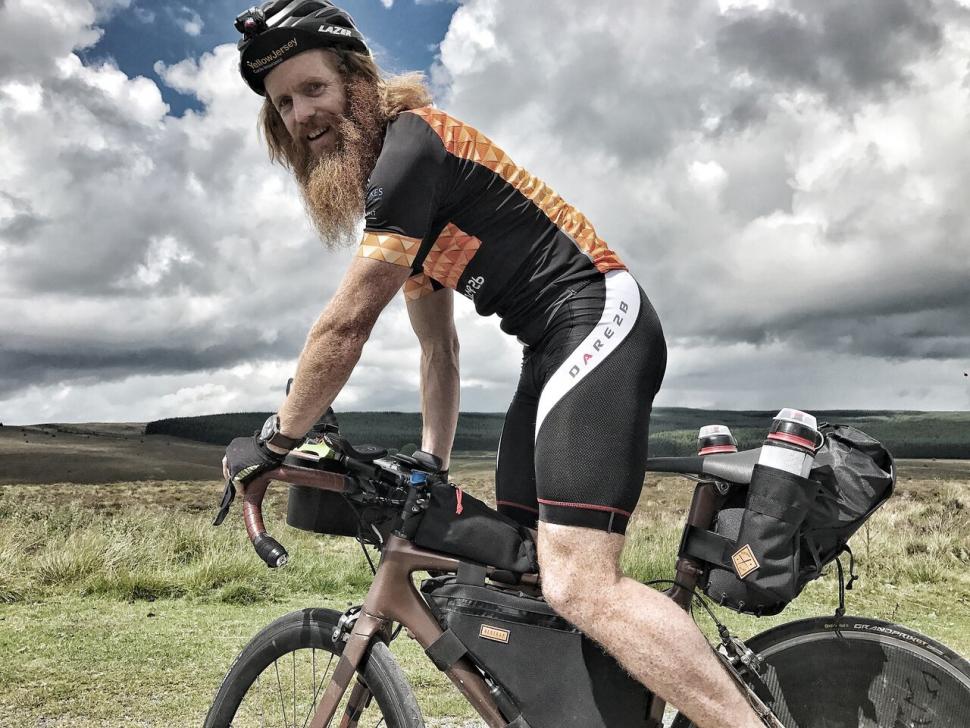 Adventurer Sean Conway will next week set out on an attempt to set a new Guinness World Record for the fastest unsupported crossing of Europe by bike from west to east, a distance of 4,500 miles that he hopes to complete in less than 25 days.

Departing from Cabo de Roca in Portugal on Saturday 5 August, the Lake District-based Zimbabwean aims to have knocked more than four days off the existing record of 29 days, 18 hours, 25 minutes by the time he reaches Ufa in Russia, averaging around 180 miles away.

Conway’s past achievements include being the first person to run, swim and cycle the length of Britain and a 4,000 kilometre “triathlon” that followed the British coastline. He also took part in the World Cycle Racing Grand Tour in 2012, during which he was hit from behind by a truck as he rode through Arkansas.

Talking about his latest challenge, Conway said: “I’m looking to not only break the World Record for the fastest cycle across Europe but also to have the opportunity to meet some incredible people along the way.

“It’s an uncertain time across Europe at the moment and we rarely hear reports of how nice people can be, only the bad stuff.

“Europe is an incredibly diverse continent with so many different people and cultures. I hope that I will be able to spend some time along the way chatting to the people that I meet and finding out more about the lives our neighbours lead.

“I also hope to try to use this journey to encourage more people to not only embrace an active lifestyle but to consider travel by bicycle as it is just the best way to see the world.

“I’ve completed a world first and a world’s furthest but this is my first shot at a world’s fastest record and I can’t wait to get going.” 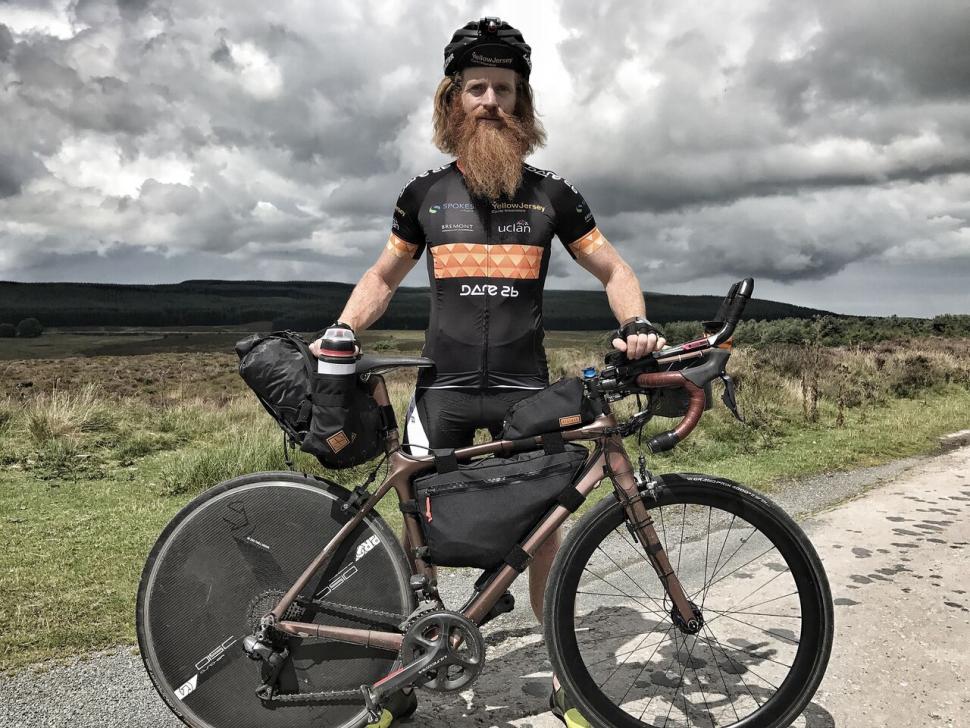 He is being sponsored by Yellow Jersey Cycle Insurance, who are covering his custom Trek Madone bike Maggie, supplied by Spokes of Bagshot, and who are also providing Conway with cycle travel insurance.

"Sean’s an inspiration to so many people through his super human achievements and we’re delighted to be able to support this challenge.

"Sean’s travelling with Yellow Jersey Bicycle and Cycle Travel Insurance to ensure that he’s got peace of mind and can focus on just cycling as fast as he can.”

The company will be hosting a live tracker of Conway’s journey on its website.

During the challenge, Conway will be monitored by Dr Howard Hurst, Sports Scientist at the University of Central Lancashire, to examine how riding 180 miles a day for nearly four weeks affects the body.

The study will focus on issues including heart rate, power and pacing during the attempt, plus body composition changes and VO2 max changes before and afterwards, with a report to follow.

Here’s the set-up that Conway is using as he looks to maximise aerodynamic advantage while minimising the weight of the gear he is taking with him, which tips the scales at 16 kilograms in total.

The tracker: SPOT tracker and

The Plant Pot: Sean’s quirky alternative to a front pannier to keep all the essential items in one place! 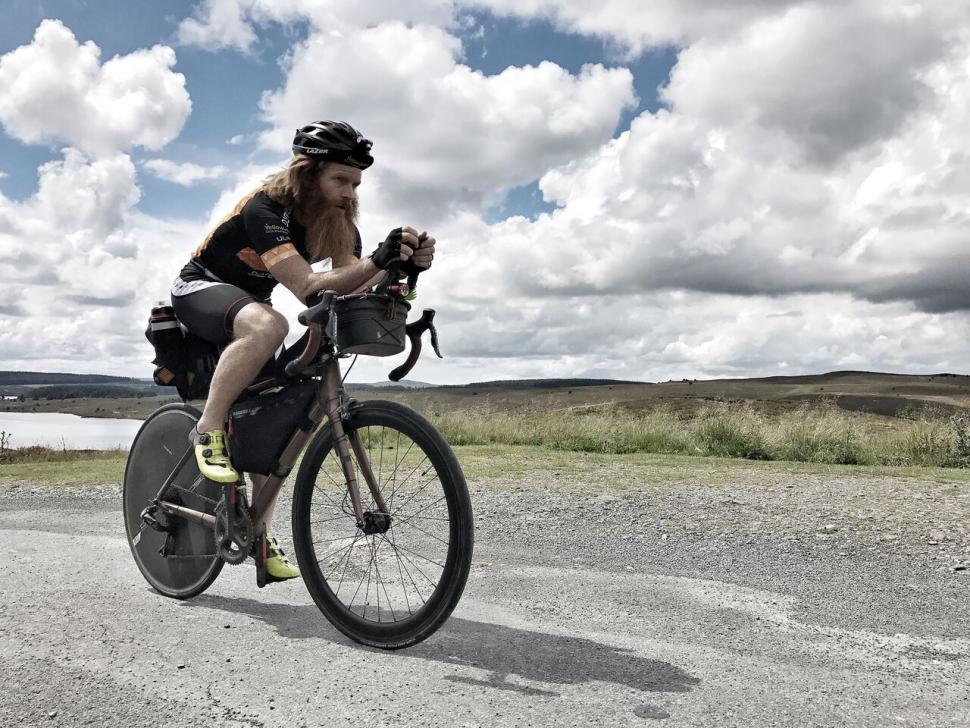 The choice of a disc on the rear wheel is bound to raise some eyebrows, and here’s road.cc tech editor David Arthur’s take on it.

“Disc wheels are the preserve of track racing and time trials, and they are undoubtedly very fast, in the right conditions.

“A disc wheel wouldn’t be my first choice for a long-distance ride across the varied terrain of Europe, even if I were pushing for the most aero setup, because of its instability in crosswinds – they can be a handful and that’s the last thing you want when you’re fatigued.

“There’s also the bumpy ride it would likely lead to even compared to a deep section wheel and the risk of damage – fixing a broken disc would be nearly impossible in the middle of nowhere – not to mention the noise.”

If research conducted by Specialized in the wind tunnel at its headquarters in Morgan Hill, California, is to be trusted, there’s also the possibility that any aero gains Conway makes using a rear disc wheel will be offset by the drag caused by his trademark beard. Seriously.

> Video: To beard or not to beard

For comparison, Mark Beaumont, who is currently 24 days into his attempt to ride around the world in 80 days and reclaim the Guinness World Record for the fastest circumnavigation of the globe by bicycle, has covered 5,771 miles at the time of writing.

The Scot set out from Paris earlier this month and has crossed from Russia into Mongolia, where he is currently riding towards the capital, Ulaanbaatar, in his Artemis World Cycle Challenge, which you can follow here.

The announcement of Conway's record attempt comes three days before the fifth edition of the Transcontinental Race, founded by the late Mike Hall, begins in Geraardsbergen, Belgium.

The finish this year in Meteora in Greece and the location of the four checkpoints en route – the Schloss Lichtenstein in Germany, Montegrappa in Italy, the High Tatras mountains in Slovakia and the Transfagarasan Highway in Romania.

That, and the fact that competitors can take their own route between them means it is anything but a direct ride from A to B, but somewhere in the region of 2,500 miles will have to be ridden, and at a rough guess the winner will finish in around 10 days or so.