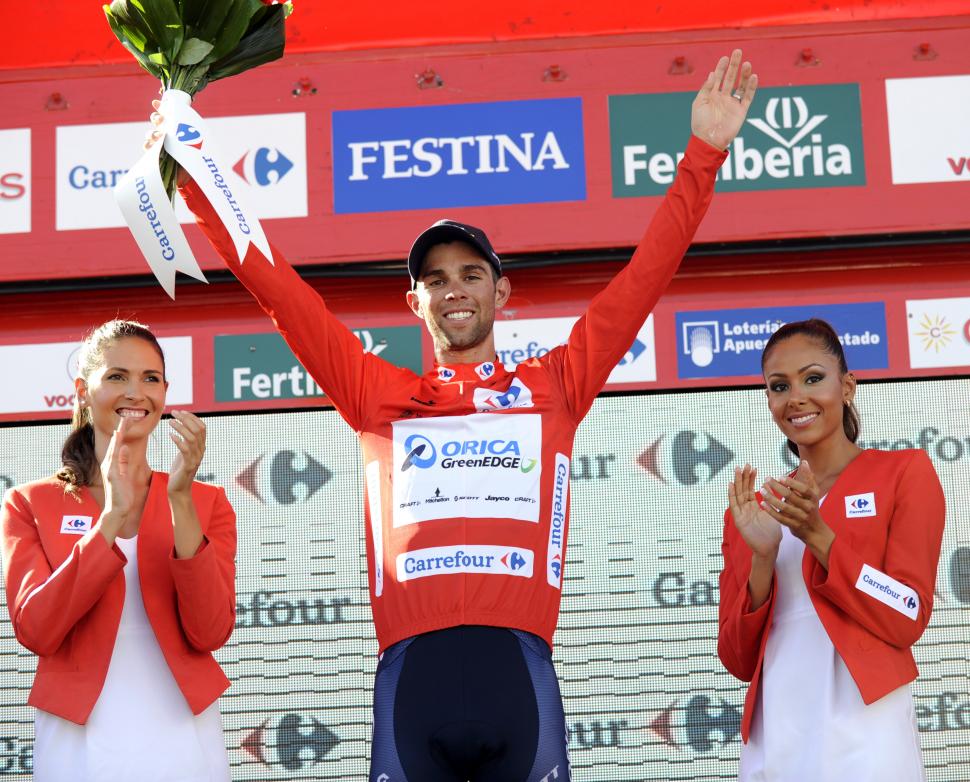 Vuelta does away with podium kisses, introduces podium hosts

Podium hostesses at the Vuelta a Espana will no longer be obliged to plant kisses on the cheeks of riders, organisers have announced - and they will also be introducing male podium hosts.

Race owner Unipublic, which is owned by Tour de France organisers ASO, says it has decided to change its approach to podium ceremonies, which have attracted criticism on social media for being sexist and objectifying women.

Unipublic's Laura Cueto Morillo told the BBC: "We are not eliminating the hostesses altogether. We are not getting rid of those jobs.

"What we don't want is the usual photo of a winner getting a kiss on each cheek."

But Cueto explained that kisses won't be banned outright.

"Kisses are a typical greeting here. If the hostesses or the local mayor or whoever else wants to give kisses, that's fine," she said.

Meanwhile, today at the Tour de France ... President Macron "picks up all the jerseys."

Last month, AG2R-La Mondiale rider Jan Bakelants apologised for comments made in an interview in which he said he'd be packing condoms in his suitcase for the Tour de France.

He had said: "You never know where those podiummissen [podium hostesses] hang out!”

This year's Tour Down Under saw podium hostesses replaced by junior riders following a decision by the South Australian Government, which organises the race and had already withdrawn funding for'grid girls' at motor racing events in the state.

> Young riders to replace podium hostesses at Tour Down Under

This year's Vuelta starts in Nimes, southern France, on 19 August. 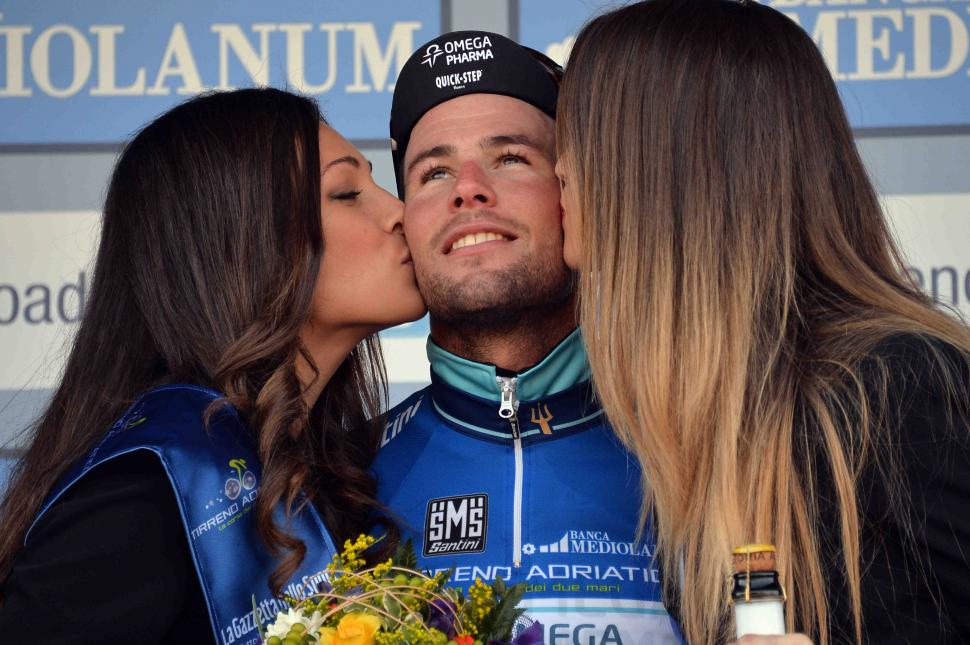