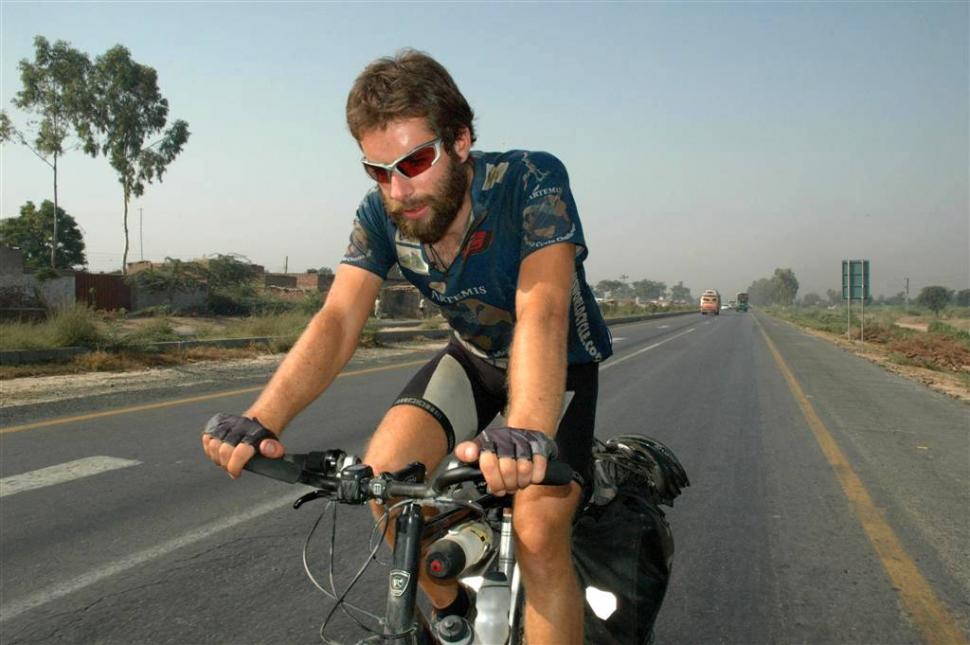 Cycling round the world in 80 days: the race begins

Mark Beaumont has set off from Paris this morning to attempt the seemingly impossible task of cycling around the world in 80 days.

He aims to return to Paris having covered 240 miles per day at an average of 15 mph and in doing so, knock more than a month off the current record of 123 days.

In 2008, the Scottish adventurer set the Guinness World Record for the quickest circumnavigation of the world by bicycle, completing his journey in 194 days 17 hours.

The current record stands at 123 days 43 minutes and was set in 2015 by former Olympic speedskater Andrew Nicholson of New Zealand.

If everything goes to plan the trip should take 75 days, which leaves three days for flights and two for anything that might go wrong.

Beaumont has a six person back-up team including a mechanic, a cook and a performance manager.

“When I committed to coming back to riding professionally,” he told the Scotsman, “I had capsized rowing the Atlantic in 2012 and I was lucky to survive.

“I got married, I had kids, I moved on [from endurance sport] and committed to being a broadcaster. I spent two years working on the Commonwealth Games but the truth of the matter was that as the Games came to a close I sat down with my family and said, ‘I can’t do this’.

“My job every day is to interview young athletes, I’m inspired but I’m jealous and I am in the best shape of my life, physically and psychologically, to take this to the next level. I had always wondered if I had full support, how fast could I go?

“I said to my family that if I was going to come back there was only one prize I would go for, it had to be the world. Everything else is small talk compared to the world, it’s like sailing boats, it’s the biggie.

“I first thought I could definitely go sub 100 days and as the last few years have gone on and I’ve put a team around me and I’ve trained we have figured out very clearly that you can get around the world in 80 days. It’s right on the edge of what is possible.”

Beaumont will wake at 3.30am and cycle continuously from 4am to 9pm. Bedtime will be at 10pm sharp.

As we reported recently, it’s a formula he tested earlier this year by circumnavigating Britain, covering 3,213 miles in 14 and a half days at 220 miles a day.

He needed to eat 8,000 calories a day to maintain his body weight.

“You’d think in the round Britain that I’d end up with pretty sore legs?” he asked. “I ended up with toothache, which came from nerve damage in the base of my skull which caused related pain.

“The other condition was my left hand which blew up like a bunch of bananas and the capillaries in the back of my hand started bursting. You expect to have sore legs and a sore bum but it was my hand and my tooth.”

“You find me a good athlete that is not obsessive?” he asked. “You’ve got to be selfish, you have to be utterly driven, you have to enjoy suffering, you have to know what its like to take yourself to very difficult places but there is a huge amount of pleasure in that.

“The pleasure comes from two parts, personally the deep satisfaction of pitting yourself against a challenge and doing it and I get a huge amount of pleasure from what I call the virtual peloton, this global audience that vicariously lives these journeys with me. I absolutely love the positive feedback. I am not sure I could put myself through that same suffering if there wasn’t this community of people backing the ambition.

“One of the first questions I am always asked by the public is, do you get bored? Do you get lonely? I know its a cliché but I find that you can get very bored and lonely on the London Underground but I have never been bored or lonely in the Atacama desert.

“Being bored or lonely is nothing to do with the number of people around you, it’s about where your mind is. You do go to a complete different head space… I am very, very good at keeping the end goal in mind and I am very good at being lost in the moment.”