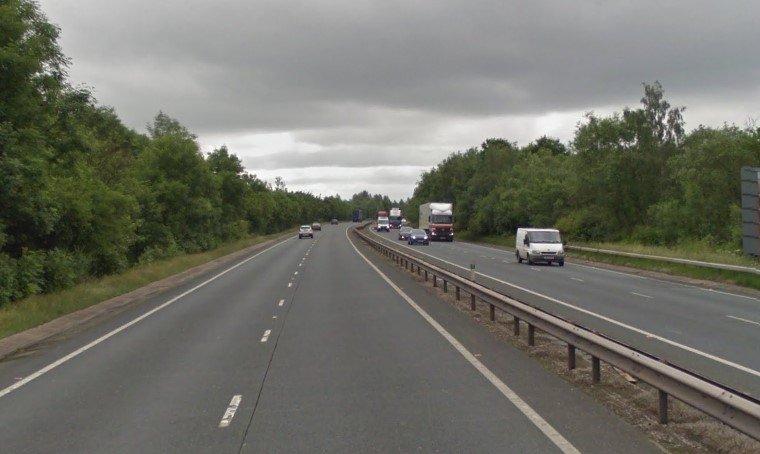 A 72-year-old man has been killed while taking part in his local club’s 10-mile time trial. John Stewart, who was a member of the South Pennine Road Club, was hit and killed on the A50 at around 7.50pm on Thursday night.

The Derby Telegraph reports that retired Derby City Council officer, Stewart, was a lifelong cyclist and a founding member of the South Pennine Road Club which began in 1962.

He was hit by a flat-bed Mercedes between the A511 junction and Junction 5 for Hilton. A spokeswoman for Derbyshire police said died at the scene.

She said: "A number of cyclists were on the A50 at the time and officers investigating would like anyone with dashcam footage to contact them as it may assist with the investigation. We are appealing for witnesses to call 101 quoting incident number 794 of June 15.”

General secretary of South Pennine Road Club, Sue Bowler, said: "He had been a chairman and time trial secretary of the club for a number of years, as well as a respected timekeeper, handicapper and organiser.

"He is survived by his wife Veronica and daughter Elizabeth as well as step-children and grandchildren. He will be sorely missed by the large body of cycling friends he has made over many years."

She added: "His proud boast was that he had ridden at least one time trial every year since 1962. In his younger days he was a prolific tourist and had spent many happy touring holidays with friends in the UK."

In 2012, 47-year-old father-of-two Karl Austin was hit and killed by a lorry while riding in a time trial on the A50.

The driver responsible was banned for two years and given a 24-week jail sentence, suspended for two years, after pleading guilty to causing death by careless driving.

In 2014, a petition was launched to stop ‘dangerous’ time trial cycling on the road. Referring to Austin’s death, it stated: “Cyclists struggle to cycle in straight lines when extremely tired in competitions and tend to vier [sic] all over the dual carriageway where heavy traffic is travelling at 70mph.”