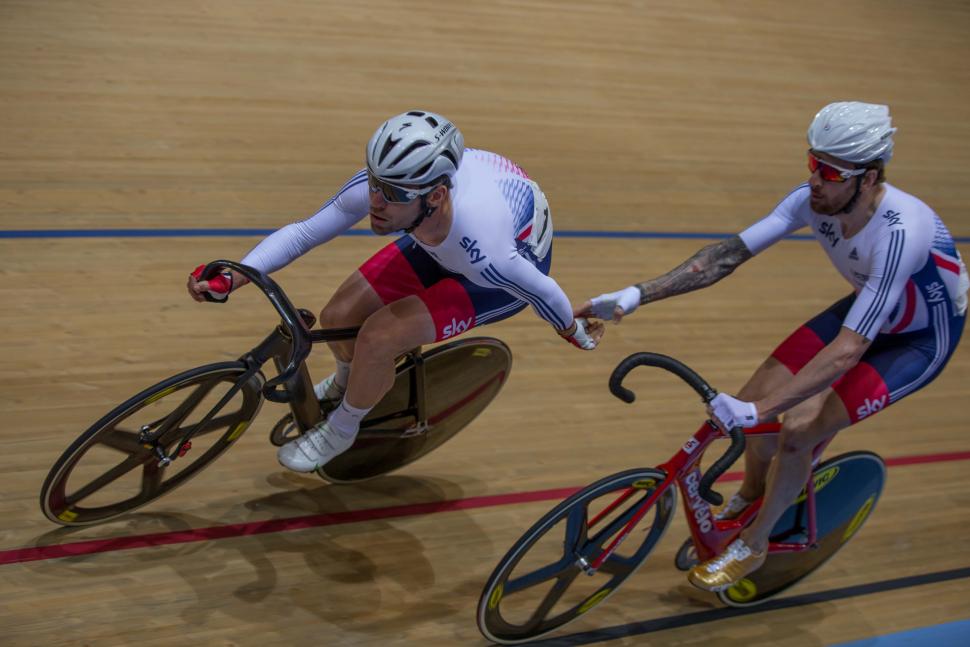 Mark Cavendish has potentially been given another opportunity to try and win an Olympic gold medal after the UCI announced that the Madison will again be part of the cycling programme for Tokyo 2020.

Cavendish has won four world titles on the road and track but hadn’t won an Olympic medal of any description until he secured silver in the Omnium in Rio last year.

Speaking before the Games, he had said that anything other than gold would be a disappointment, adding: “I think I’m setting myself up that if I didn’t win, I’ve failed.”

The Manxman and Bradley Wiggins came ninth in the Madison at the 2008 Games in Beijing. That result meant that Cavendish was the only member of the track team not to return with a medal.

He is however a three-time world champion in the event, most recently in partnership with Wiggins last year.

The Madison could therefore present a last realistic chance for an Olympic gold and the rider himself seems enthused.

He has even perhaps only semi-jokingly invited Geraint Thomas to be his partner for it.

You up for it @GeraintThomas86? I'll eat my words about you concentrating on the track. For old times sake. https://t.co/XJQcmfVZJb

As well as the men’s and women’s Madison, the UCI has also decided to add BMX Freestyle Park to the programme of the Tokyo Olympics.

It was also agreed that for Mountain Bike and BMX Racing, several quotas previously allocated to men’s events would be transferred to women’s, achieving full gender equity in both disciplines.

UCI President Brian Cookson said: “I am thrilled to see four more cycling events joining the Olympic programme. With competitions across very different disciplines, cycling already makes a large and diverse contribution to the Olympic Games, and now becomes the third largest sport in terms of gold medals, with 22 on offer. I am also delighted that we have made another big step towards full gender equity across all of our disciplines.”