Zhi Min Soh, a 23-year-old medical student, was killed after coming off her bicycle on the tracks and being hit by a minibus
by Sarah Barth

Edinburgh tram bosses ignored warnings that cycle lanes should be installed along the length of the network, two years before a woman was killed last week.

Hans van der Stok, a Dutch consultant, told Transport Initiatives Edinburgh (TIE) that cyclists needed to be a priority, and even busy streets like Princes Street and Leith Walk could accommodate the infrastructure.

This weekend, Ian Maxwell, of campaign group, Spokes, told the Sunday Times that Stok’s report was “largely ignored” by TIE, the now defunct agency that spearheaded the Edinburgh trams project.

Since 2009, however, at least 220 cyclists in Edinburgh have reported tram-related accidents, which typically occur when bicycle wheels slip on the smooth rails or become wedged in the grooved tracks.

“It was our idea to bring over Stok and after his visit, we had a series of meetings with Edinburgh council and TIE, but the end result is that they didn’t take heed of his suggestions,” said Maxwell. “It was very frustrating. The cycle lanes were lost on Princes Street because of the trams.”

On Wednesday, Zhi Min Soh, a 23-year-old medical student, was killed after coming off her bicycle on the tracks and being hit by a minibus.

Dr David Kluth, director of undergraduate medical teaching at Edinburgh University’s medical school said she was “a talented, thoughtful student”, adding: “We have all lost a bright star of the future.”

A spokeswoman for Edinburgh council said it was “deeply saddened” by the tragedy and that a safety review was under way.

“The council and our partners take road safety extremely seriously and we constantly review the range of measures we have in place to ensure that the capital’s roads are safe for all road users,” she said. 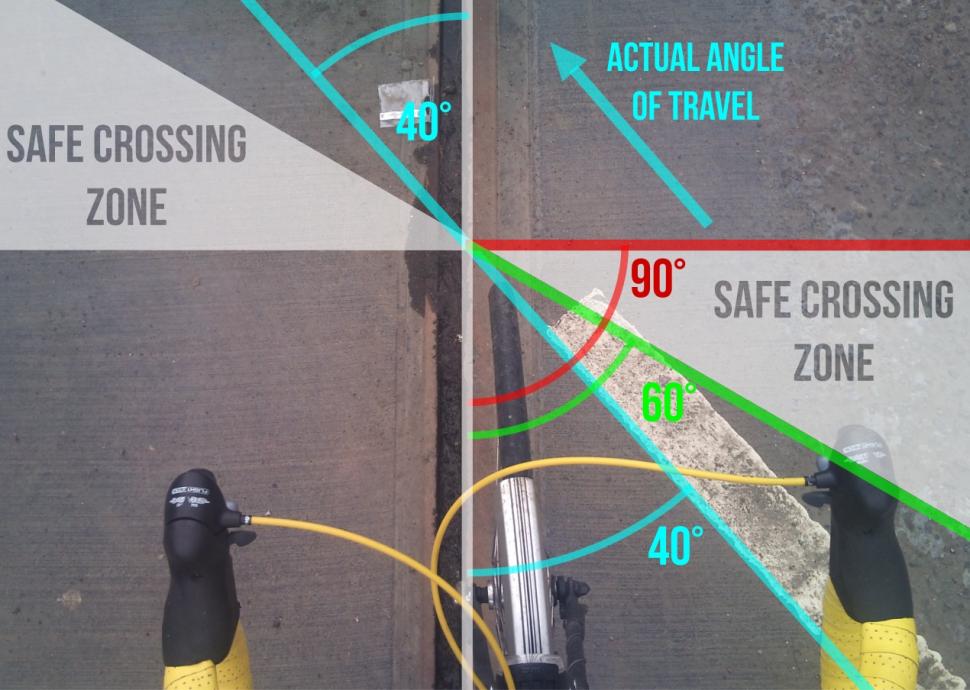 Earlier this year we reported how Injuries caused be the tram tracks over the last seven years have resulted in a bill for the NHS of more than £1m, and the vast majority happened to cyclists.

The trauma and orthopaedic surgeon says that 119 men and 72 women were injured, with the most common incident being a wheel caught in the tracks, followed sliding on a track, which was particularly likely in wet weather.