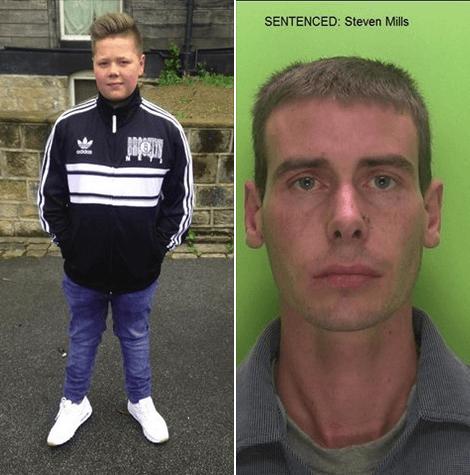 A driver who knocked a 14-year-old boy off his bike and then left him for dead has been jailed for three years and four months.

Jack Archer was riding his bike in Bingham, Nottinghamshire, at around 10pm on Monday 25 July 2016, when he was overtaken by Steven Mills in his car.

Mills hit Jack, but fled the scene and set fire to his car to destroy the evidence.

Mills, 29, from East Bridgford, then handed himself into Carlton Police Station around three-and-a-half hours later.

He had fatally wounded Jack, who died at the scene.

At Nottingham Crown Court, Mills was sentenced to 22 months for causing death by careless driving and 18 months for an act intending to pervert the course of justice which are to be served consecutively. He was also banned from driving for four years and six months.

Detective Sergeant Adam Cooper, Serious Collision Investigation Unit, said: "This case highlights the need for motorists to give cyclists a suitable amount of space when overtaking.

“Steven Mills allowed hardly any room and then left Jack fatally injured in the verge of the road.

“The fact that he didn't stop to check on him and then destroyed the evidence is absolutely unforgiveable and has left his family distraught.

"I would like to thank Jack's family for their bravery and patience in what has been a long wait for the conclusion of the investigation.

"I would like to thank all of the officers involved for their tireless work, from those who first attended through to the Collision Investigation Team. They had a particularly difficult job considering the circumstances but managed to bring the case through to prosecution."

Jack’s family released a statement, saying: "Our beloved Jack was a handsome, vibrant and enthusiastic young man with an enviable passion for life. He had a promising future ahead of him with the constant loving support of his adoring family.

"Jack’s magnetic personality shone wherever he went along with his engaging sense of humour. The world has lost a bright star of the future and as a family we will never recover from losing our irreplaceable, incomparable, incredible Jack. To consider the future without him is simply unbearable for us all.

"Jack was a free spirit always true to himself, never frightened of standing up for others or for what he believed in.

"For his life to be cut short in such a brutal way is a huge injustice to him and no sentence will ever compensate for that. He had so much ahead of him which has now been lost because of a senseless act of carelessness and lack of compassion.

"His loss is felt by all who were lucky enough to have known him, missed daily by all his friends and family alike who are struggling to come to terms with what has happened.

"We would like to thank all those who have supported, cared for and been alongside us through the past 10 months. It means more to us than words can say through the most devastating time.

"Finally the last word must be for our dear son. We love you and will always love and keep your memory alive forever. You will never be forgotten, your smile will never fade and your light will continue to shine for eternity.”

The sentence has however come under criticism, with some pointing out that the maximum sentence for the more serious charge, death by dangerous driving is 14 years.

As we reported in 2012, sentencing does not generally appear follow the seriousness of the offence, even with aggravating factors like fleeing the scene.

Causing death by careless driving when under the influence of drink or drugs has an average sentence of 4.35 years.