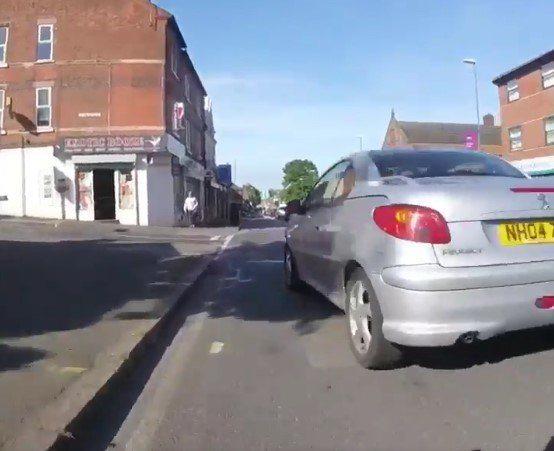 A Nottingham cyclist who phoned 101 to report a near-miss was allegedly told that police didn’t have the resources to look into it, with the call handler adding: “Can you go away please? I have life and death calls coming in."

The BBC reports that Jonathan Hunt was cycling along Carlton Road in Sneinton, Nottingham at 8.45am on Wednesday when a car cut into the bus and cycle lane, narrowly missing him.

Hunt, who was commuting to work from Mansfield, had to brake to avoid being hit.

He said: "The lady driving the car just pulled in. I very nearly crashed into her. Then she stopped in front of me with her hazards on. I don't think she had any idea what happened. This sort of thing happens to me a lot. You just get frustrated."

Hunt attempted to report the incident by calling the non-emergency police number, but said he was told that police "cannot possibly investigate as this happens thousands of times every day."

Surely all the more reason to tackle the problem, he pointed out.

Hunt later tweeted the footage to Chris Boardman to ask his opinion.

@Chris_Boardman Car nearly took me out in bus/cycle lane. @nottspolice refusing to record this as incident. Is this right? pic.twitter.com/XKz8vGgT6b

Boardman replied, “No it's not right,” tagging in Nottinghamshire Police.

We will ensure this is investigated. Thanks and we looked forward to your direct message.

The force said in a statement: "Nottinghamshire Police takes all road safety matters seriously. We are re-contacting Mr Hunt and will investigate the incident."

Sam Jones, Cycling UK spokesman, said that other forces accepted video footage. "It is worrying that they are not accepting video footage. They need to take into consideration some of the most vulnerable road users. It is sending the wrong message if that sort of behaviour is allowed."