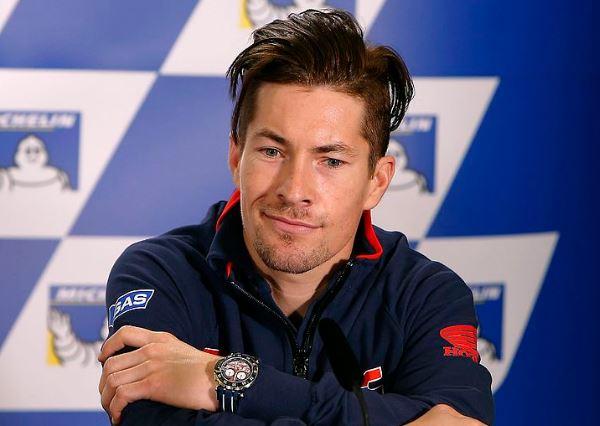 Former MotoGP world champion Nicky Hayden has died in hospital today from multiple injuries sustained when he was involved in a collision with a car while cycling near Rimini, Italy last week. Julia Viellehner, a German triathlete being treated in the same hospital in Cesena after a collision involving a  lorry last week near Forli has also lost her fight for life today.

Hayden,  aged 36 and from Kentucky, had been in a coma after sustaining brain, chest and other injuries in the crash in Misano last Wednesday, which involved a 30-year-old woman driving a Peugeot car.

Pictures on the website of the regional newspaper il Resto del Carlino show how the impact of the collision shattered the car’s windscreen, with others revealing how the frame of Hayden’s Specialized S-Works Venge was destroyed.

The newspaper says that magistrates investigating the incident have examined CCTV footage from a neighbouring property that suggests that Hayden may have ignored a stop sign as he entered the junction.

They are also examining an iPod and earbuds that Hayden had with him to try and determine whether he had been listening to music at the time of the fatal collision, as has been reported by some outlets.

Investigators will also seek to determine whether the motorist was respecting the speed limit in force at the location in question.

Viellehner, aged 31 and from Bavaria, had switched from athletics to duathlon then triathlon, enjoying some success both at national and international level.

Last Monday, while riding on a road near the Passo delle Forche, her bike was hooked by the rear wheel of a lorry and she was dragged along the road.

Her condition worsened in hospital, and doctors amputated both her legs in an attempt to save her life, but she too died today, reports the Gazzetta di Parma.

Hayden, who overhauled Valentino Rossi in the final race of the season to become MotoGP world champion in 2006, had most recently been competing in the Superbike World Championship with the Red Bull Honda World Superbike Team.

A keen cyclist, Hayden once took part in Critical Mass while staying in London, using a loan bike from the hotel he was staying in - much to the surprise of some of the other participants in the ride, one of whom shared the story on a thread of the Facebook page of the Stop Killing Cyclists campaign group.

His death comes a month to the day after Astana rider Michele Scarponi was killed in a collision involving a flatbed van while training near his home in the Marche region, around 100 kilometres further south along the Adriatic Coast from the scene in Emilia-Romagna of the crash that has now claimed Hayden’s life.

Scarponi had been due to lead Astana in the Giro d’Italia, and race organisers have paid tribute to the rider by naming the climb of the Mortirolo in tomorrow’s Stage 16 after him.