Glasgow-based Vincenzo Severino couldn't find a bike that met his needs - so he devised his own...
by Simon_MacMichael

A six foot six inches tall man who has a background in engineering and who had trouble finding a city bike the correct size for him decided to come up with his own – and has beaten the £20,000 goal he set on Kickstarter to bring it into production.

Italian-born inventor Vincenzo Severino, who is based in Glasgow, set up his company Pedale88 and has used the crowdfunding platform to bring its first model, the Crono, to market. 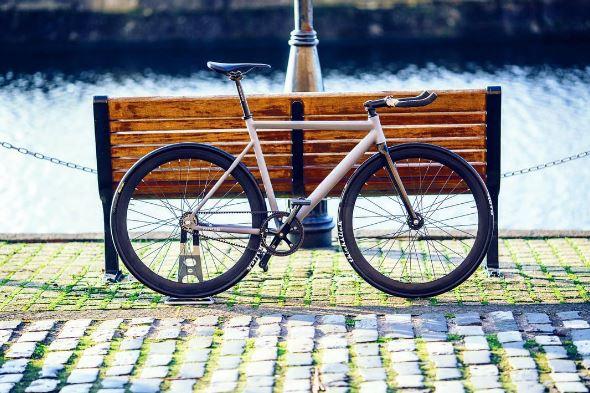 The bike has a belt drive and comes in single- and two-speed versions, although three- and eight-speed models are also planned.

Despite being inspired by the difficulty of finding a bike to suit a tall rider, will also be available in a model suitable for shorter ones from five foot two to five foot nine.

On the Kickstarter page, Severino wrote:

This project really started out as a necessity. I am fairly tall, 6’6” to be exact, and it was really difficult to find an inexpensive bicycle that would fit me. One day it struck me that I could use my engineering background to build the perfect bike on my own. So, I bought a large frame and all of the parts required to build a budget fixie exactly as I wanted.

After few months I started thinking about how I could improve it. I particular, I noticed how difficult it was to keep all the parts clean and lubricated in a cold, rainy, and windy country like Scotland, or in a really warm and dry country like my hometown (Southern Italy). That's the day that I started this project, without even knowing it!

He visited suppliers around the world in his quest to devise “a bike that is always ready to ride, beautiful, innovative and affordable,” and describes the finished product as “the perfect bike” he had envisioned.

These days, brands that have some kind of personal backstory, whatever the industry, have a strong pull for consumers and Severino’s – or rather, his grandfather’s – is straight out of the post-War reality of life in Italy that inspired Vittorio De Sica's masterpiece of neorealist cinema, Bicycle Thieves. 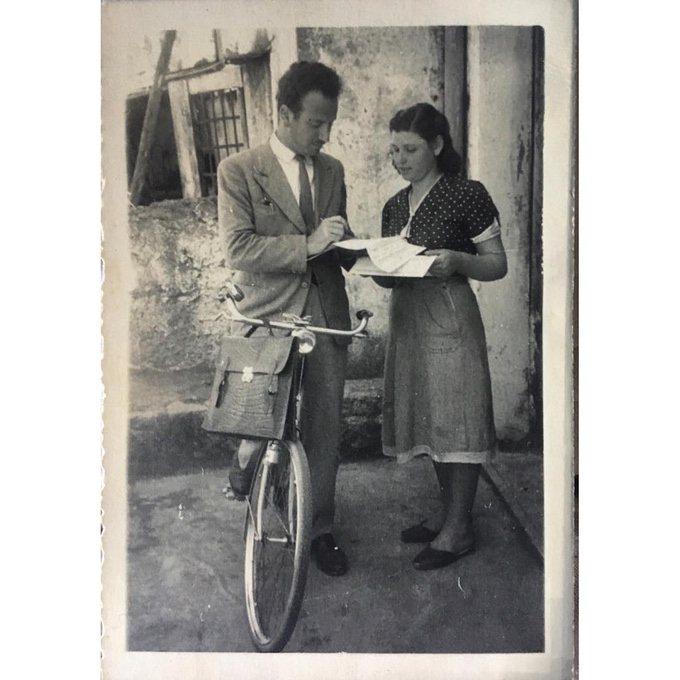 This picture of my grandfather from 1947 inspired me since the first day. After WWII he needed a job to start a better life. He met the owner of an insurance company and managed to procure a job as sale agent. To do this job, he needed a way to move door to door. Monetarily, buying a car or a motorcycle was out of the question. However, he owned an old female bicycle that was badly damaged. While he didn't have any formal training or mechanical skills, he figured out how to repair it and make it work perfectly. That bicycle, which I still own in my hometown, was the first way that my family was able to move around town effectively. Moreover, it played a vital role for him. It has made him feel useful, provided a better life for my family, and allowed me to chase my dreams today.

This is why I believe that two simple wheels are not just a transportation piece or a hunk of metal. I believe that it is an important part of your story. A story that is constantly evolving and can take you wherever you want to go. This is my story, about my family and the passion that we have for bicycles. And that's the reason why I really believe in this project.

So far, Severino has raised £34,116 to help realise that dream against an original Kickstarter goal of £20,000, with two weeks left to run.

The bike will be priced from £699 when it comes to retail - although earlybird discounts are still available on Kickstarter.