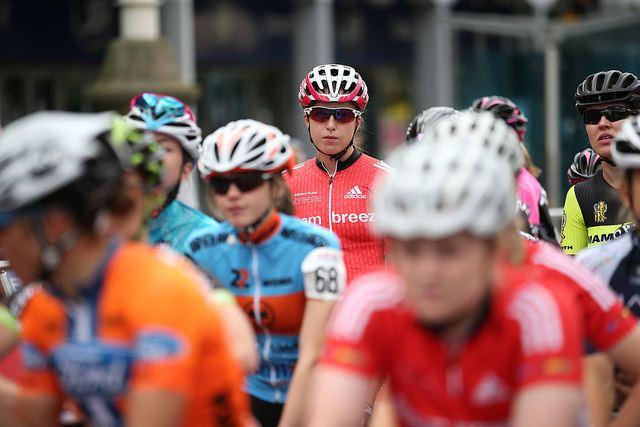 43 per cent rise in female licence holders since it launched its women's strategy in 2013, says national governing body...
by Simon_MacMichael

British Cycling, which for the past year has been the subject of an independent review partly based on allegations of sexism in its elite programme, has revealed a big increase since 2013 in the number of women holding race licences.

The national governing body says that since it launched a strategy in that year to get 1 million more women across the UK riding bikes by 2020, it has seen a 43 per cent rise in the number holding a race licence across all disciplines.

While the strategy encompasses all forms of cycling, including for commuting or leisure, the organisation says it also aimed to provide more opportunities for women to compete.

Two-time Olympic pursuit champion Joanna Rowsell Shand said that the growth in the number of women racing reflected a narrowing of the gender gap within the sport.

She said: “The huge increase in the number of women cycling competitively is great to see, and is extremely encouraging for the future.

“British Cycling has acknowledged the need to close the traditional gender gap in cycling, and I think that this statistic shows that the great initiatives such as HSBC UK Breeze and women-only coaching sessions are paying dividends when it comes to competitive cycling.

Rowsell Shand added: “I’m delighted to see the progress being made on this front – although there is still work to be done, the face of our sport is changing.”

British Cycling made the revelation ahead of the start this weekend of the HSBC UK Women’s National Road Series, the first event in which is the Tour of the Wolds.

Highlights of each of the nine races in the series will be broadcast on TV, and in another first, prize money the same as for the men’s Spring Cup and Grand Prix Series.

Jonny Clay, director of cycling at British Cycling, said: “We have put in a considerable amount of work over the past few years - supported by the commitment of our volunteer organisers and officials – to ensure that cycling is a sport that appeals to everyone by taking positive steps that we believe have helped to close the gender gap.”

He added: “The growing number of women now holding race licences is a great indication that this work is paying off, and the steps we have taken to grow the profile of the HSBC UK Women’s National Road Series, in particular ensuring equal prize money, are indicative of our determination to continue the progress of women’s road racing.”

Last year, organisers of the Prudential RideLondon Classique announced a prize fund of €100,000, making it the richest women’s race in the world.

That announcement came just days after the ASDA Tour de Yorkshire Women's Race, the one day event held alongside the men’s three-day race the Tour de Yorkshire, revealed a total prize fund of £50,000.