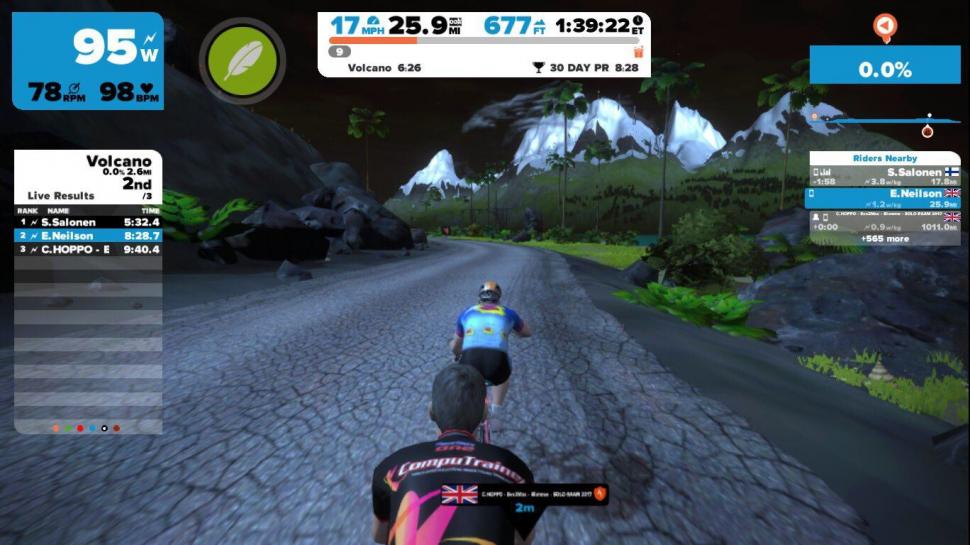 Ultracyclist Chris ‘Hoppo’ Hopkinson is currently trying to regain the record for the greatest distance ridden on Zwift – and he’s more than 1,000 miles into a mammoth stint on the home trainer in his attempt.

Hopkinson, the first Briton to complete the Race Across America solo, set the record last December when he rode 1,010 miles (1,626 kilometres) in the virtual world of Zwift in 72 hours.

That record was smashed last month by Jasmijn Muller, who pushed the record out to 1,136 miles (1828 kilometres) in the same timeframe.

Muller, born in the Netherlands but living in London for the past decade, undertook the ride as part of her training for an attempt on the Land’s End to John O’Groats record later this year.

> Jasmijn Muller beats Zwift distance record of more than 1,000 miles - in a little over two days

Interviewed for the Zwift blog after setting her record, Muller spoke about her cycling journey, about the support she received during the attempt and how she kept herself motivated, and what her future plans are.

Hopkinson initially set out “to smash the Zwift Distance and World Indoor Trainer Record - 910 miles in in 50hrs,” according to a post he made to Twitter, but is still going strong and passed his former record of 1,010 miles earlier today.

Our very own @Hoppo347 has just passed his old @GoZwift record distance of 1010 miles. Strong as ever and going brilliantly! #GoHoppo pic.twitter.com/iCC9AVqJkI