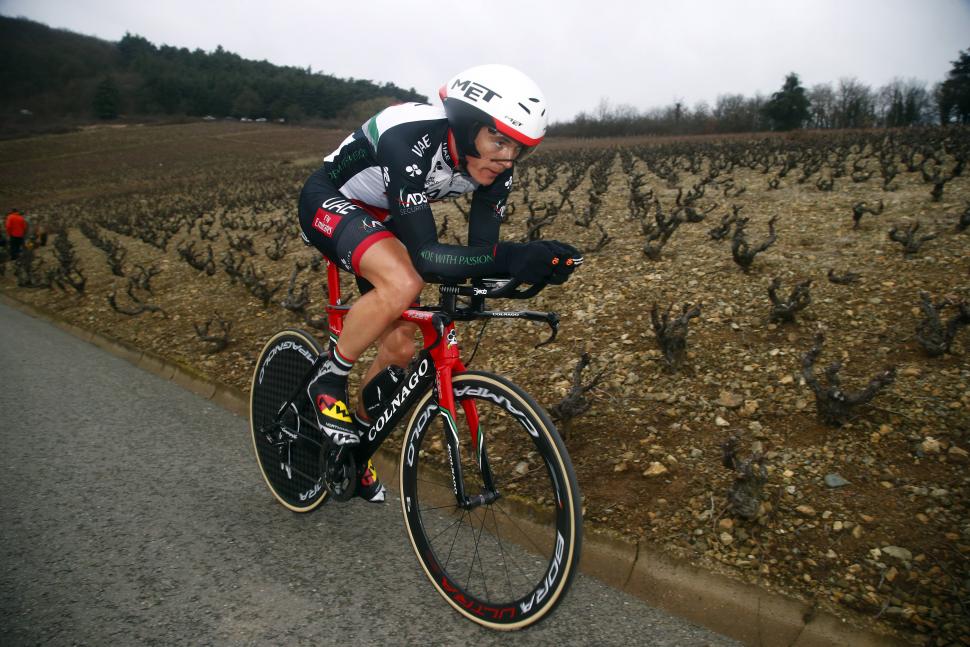 Ben Swift, who has twice finished in the top three of Milan-San Remo in the past three years, is aiming to get on the top step of the podium in Saturday’s opening Monument of the season following his switch from Team Sky to UAE Team Emirates.

Two British cyclists – Tom Simpson in 1964 and Mark Cavendish in 2009 – have won the race known as the Classica di Primavera.

Rotherham-born Swift, however, is the only rider from these shores to have stood on the podium in two separate editions, finishing third in 2014 and second last year.

Can he go one better this time around?

Well, if you’re going to compare Milan-San Remo to any other sporting event, the Grand National is one that springs to mind; it’s the longest race in the WorldTour calendar, and one where a winner often turns out to be someone who has proved he can handle course and distance.

Which Swift, of course, has proved he can.

Often called ‘the sprinter’s Classic’ the race is more complex than that name suggests. It’s a race of attrition, one that if it does come down to a sprint features a select group, and where some riders will attack on the closing two climbs of the Cipressa and the Poggio.

“I’m in good form,” said the 29-year-old, who competed in Tirreno-Adriatico earlier this month.

“I feel generally quite fit and obviously hope that I’ll do well in the climb. At this point, having done all the training, you have to just stick to your plan and hope for the best as it is hard to say which way the race will go and how it will unfold on the road.

“For the past three or four years the breakaway has been a sprint, however that could change this year.

“A lot of riders may not want to wait for the sprint, so as a team we need to be prepared for a myriad of scenarios.

“Also this year I am coming back to Milan-San Remo under a new team banner, with great team mates,” Swift added.

“I think we are all ready, and I believe I have a strong team supporting me.”

Supporting Swift will be a team that at its core has several Italian riders who will have dreamt when growing up of crossing the finish line arms aloft on San Remo’s Via Roma including Marco Marcato, Sacha Modolo, and Diego Ulissi.”

One person who has done that is team manager Giuseppe Saronni, who moreover did it in the rainbow jersey of world champion in 1983 – something that Bora-Hansgrohe’s Peter Sagan, co-favourite alongside Quick Step Floors rider Fernando Gaviria, will be looking to do on Saturday.

Saronni said: "Milan-San Remo is the dream of every young Italian kid when they start cycling.

“My advice to Ben is that if you want to win Milan-San Remo, everything must be perfect: from your training the day before, to your dinner choice.

“You need to be on your best game and be focused to avoid common mistakes that can throw you off.

He added: “The nature of the Milan-San Remo route means that a lot of riders can tackle it which makes for such an exciting race as all riders need to put their best performance forward.”