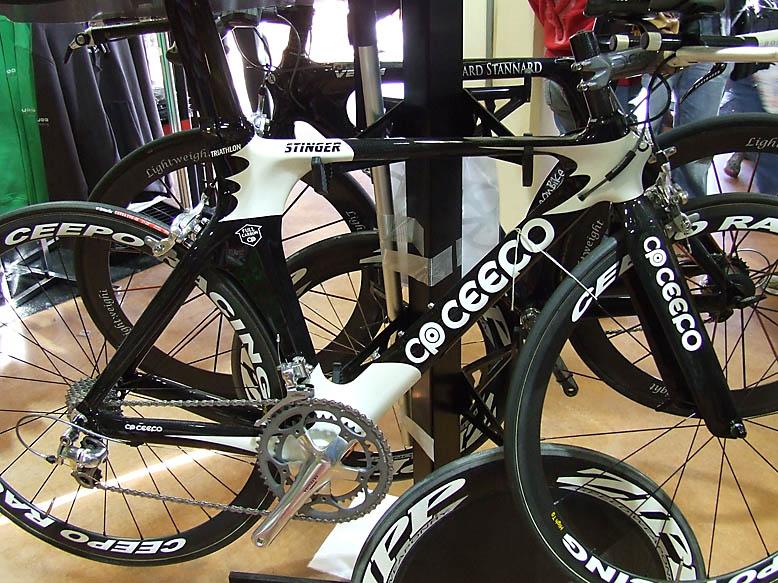 More bikes from the TCR Show: Ceepo, Specialized, and Focus

Ceepo - something different from Japan

Japanese manufacturer Ceepo tout themselves as creators of the “ultimate aerodynamic bike”, a big claim from a company founded just five years ago and competing against goliaths in the world of bicycle technology and development such as Giant, Trek and Specialized – not to mention aero specialists like Cervelo.
They might be on to something though because the company has grown fast and they recently recorded their first ever pro Ironman victory courtesy of Gina Ferguson at Ironman Western Australia. 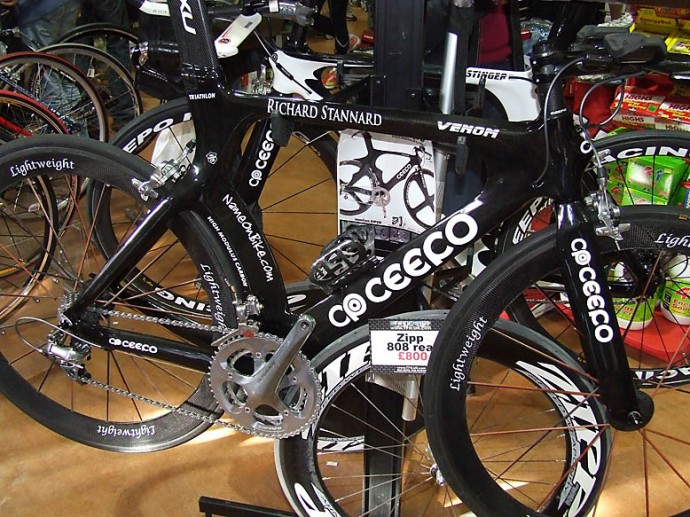 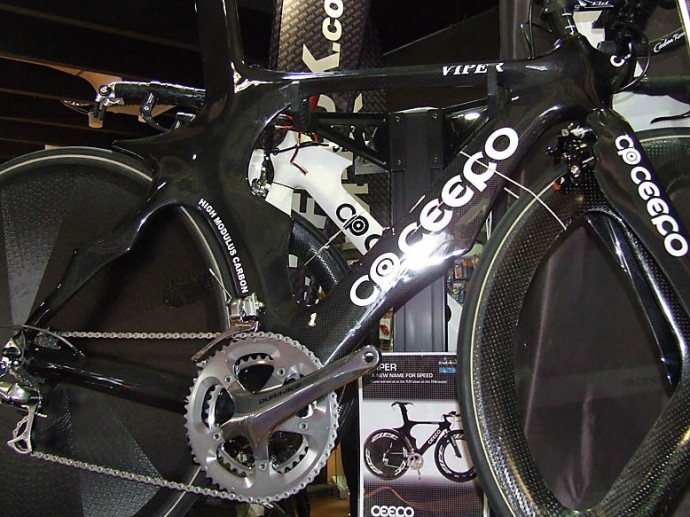 The top of the range Ceepo Viper (£3500 frame and forks) is the latest addition to the fleet with fairings, cutaways, smooth lines and a quite alien overall design all mental shapes and bulges on the downtube that's is sure to attract attention, it certainly would from UCI scrutineers! There's no way this baby is UCI legal, although you probably wouldn't have too much trouble in your local evening 10, again at certain triathlons it might fall fould of the rules although it would probably be find in most Ironman events.

Measuring only 26mm at the thickest point of the downtube the Viper is sure to slice through the air. Ceepo say they “did not restrict the design to meet irrelevant and archaic UCI limitations”. So there!

Designed specifically for use in Ironman distance races.
www.ceepo.com

For even more pics from the TCR show check out our slide show and our static gallery. 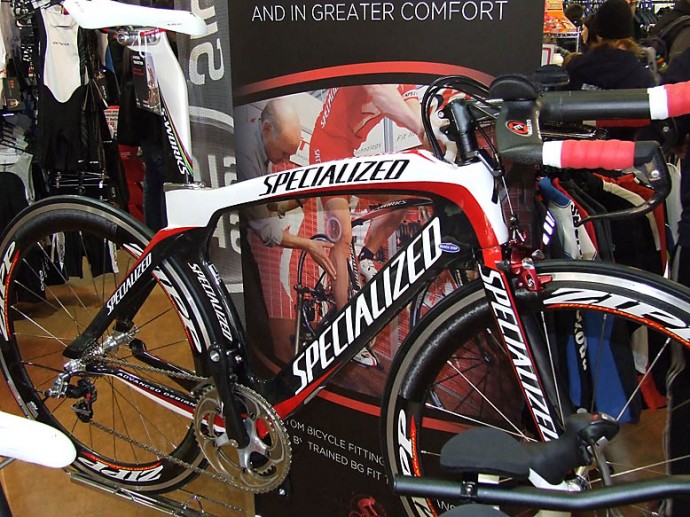 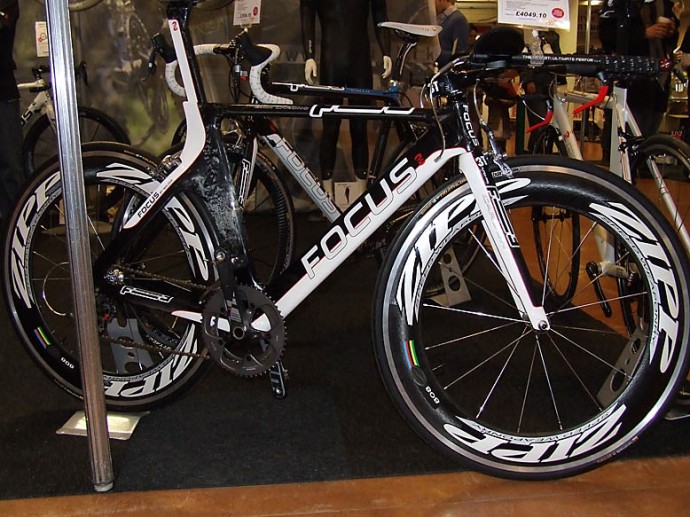 Wiggle has been importing the German brand Focus in to the UK since 2006 and has built a strong reputation for quality and affordability. Their tt/tri offerings, the Culebro Tria 2009 (£1350, SRAM Force) and the Izalco Chrono 2009 (£4500 SRAM Red with Zipp 808s) certainly offer bikes at opposite ends of the price spectrum.

The build quality cannot be questioned but it is difficult to see how Focus will be able to make the most of customer loyalty with such a big step between the two bikes in its range. If you are taking up triathlon and make the decision to buy the Culebro and after a season of good service and enjoyment want to upgrade where do you go?

A £3000 price jump would be too much for many people without a transitional model in between we reckon they'd end up looking elsewhere. Its a shame as the Izalco Chrono is very tasty machine with an impressive specification for the price.
www.focusbikesuk.com