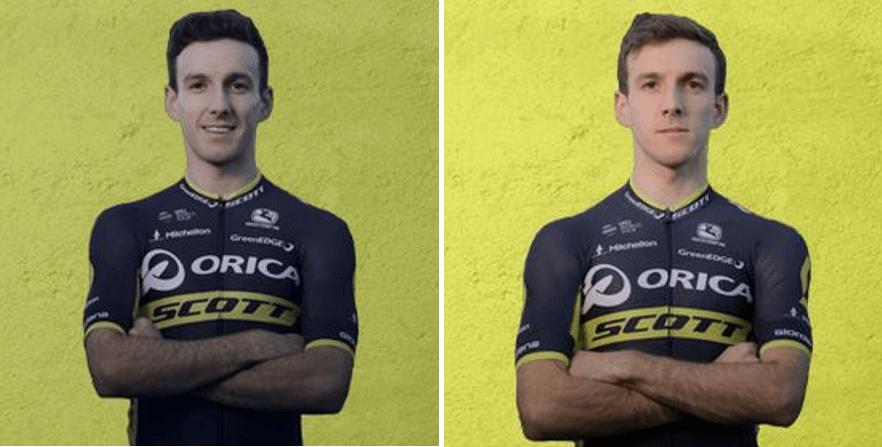 Adam and Simon Yates to miss Tour de France, twins will target Giro and Vuelta instead

Orica-Scott says that twin brothers Adam and Simon Yates will not ride the Tour de France this year. Instead the pair from Bury, Lancashire will target the Giro d’Italia and Vuelta a Espana.

Instead, Esteban Chaves, will make his debut in the race to spearhead the Australian UCI WorldTour team’s challenge. The Colombian finished second overall at last year’s Giro, and was third in the Vuelta.

Chaves, aged 27, capped his season in style by winning the final Monument of the year, Il Lombardia.

The 24-year-old Yates brothers rode together at the Tour de France in 2015, and would have done so again last year had Simon not been handed a four-month ban for an anti-doping rule violation after a team doctor failed to obtain the necessary Therapeutic Use Exemption for medicine to treat his asthma.

Adam did race, however, and finished fourth overall, clinching the white jersey as best young rider.

Only two British riders have finished higher in the general classification – Sir Bradley Wiggins and Chris Froome – while Robert Millar is the only other one to have secured a top-four placing.

Stage 7 of last year’s Tour saw Adam caught up in one of the most dramatic incidents of the race when the flamme rouge collapsed as he rode under it after launching an attack, causing him to crash.

His brother also has a top ten Grand Tour placing among his results now, finishing sixth in last year’s Vuelta after returning to racing following his ban.

Orica-Scott sports director Matt White said: “Despite having three quality young riders to develop programmes for, we have come up with a plan that the boys, and the team, are very excited about.

“They have each pleasantly surprised us with their results over the last year, but we have a long-term plan and we are not getting ahead of ourselves. Our priority is still to continue their development at a speed that suits them individually."

He continued: “The plan for the Giro d’Italia is to go with a two-pronged attack with the Yates brothers riding for the general classification.

“It's a very special edition of the Giro [this year sees the 100th edition of the race] and maybe the toughest last week of a Grand Tour I have ever seen. The boys are up to the challenge and it looks to be the best field ever assembled.”

“People on the outside might think it’s a bit strange that we are not sending a lad that finished fourth last year back to the Tour de France. But it’s simple, we want to give the guys a bigger foundation for the future because that’s where their biggest potential lies.

“Their results have been impressive but we aren’t going to see the very best of them for a few years yet. Instead, we decided we will do two Grand Tours with them. The physical maturity and Grand Tour experience will be of great benefit for them both in the years to come."

White added that the team’s current plan for the Vuelta is for Chaves to support the Yates twins as they target the general classification.

“From a purely physical standpoint, I think this year can really benefit me for the future,” said Simon Yates.

“It’s a big load to do two Grand Tours, and ever since I have been a professional I have only done one Grand Tour per year. I really think it will help massively for the future as I progress as a rider.”

“The team really understand us as riders,” he continued. “They understand that we are young, that it takes time to develop into GC riders and build up that endurance to last for three weeks.

“Because of that, the results have been good, but there’s still not a lot of pressure to get results. They understand that we are young and that we want to do well.

“We don’t need motivation to go for big results and that goes a long way to preparing us as riders,” he added.