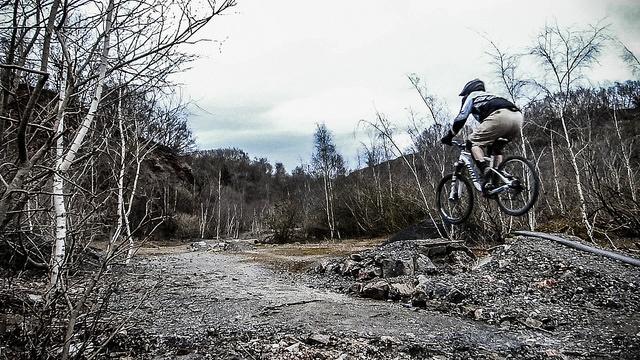 Today sees the launch of Rides of Way: Cycling UK’s Off-Road Report 2017, in which the charity aims to give an insight into who the UK’s off-road riders are and what motivates them - with one of the chief findings being that nine in ten do so for their mental wellbeing. The report is published in a week when the Welsh Government confirmed it would start the reform of legislation relating to access to the countryside, as has already happened in Scotland.

Based on almost 11,500 responses to a survey run with the off-road advocacy group OpenMTB last year, Cycling UK’s report is primarily aimed at local and national government, landowners, cycling campaigners and people in the cycle trade.

Respondents ranged from hardcore mountain bikers to people who ride on leisure trails with their families.

Topics addressed in the research include why people ride off-road, how it affects their mental and physical wellbeing, and the benefits to tourism. It also looks at differences between male and female off-road riders. Findings include:

Health and fitness are top motivators for riding off-road for both men (31%) and women (26.3%)

91% rate off-road cycling as fairly or very important for their mental health, and 90% for their physical health

One-third of cyclists ride regularly on trails whose status they do not know, with a further 74% considering the current Rights of Way unsuitable.

A few of us here at road.cc first got properly into cycling through mountain biking, and we know that a lot of our readers have a similar background.

So we were surprised to see that among the questions asked in the survey about why they ride off-road, what for us is one of the big attractions was missing – it’s simply a lot of fun to go out on a bike and get muddy.

That fun aspect does however shine through in some of the comments from survey participants that are sprinkled throughout the report:

It’s therapy for the soul and like being a kid again.

If you’d told the 10-year-old me that in 36 years’ time my favourite thing would still be riding bikes in the woods with my mates, I wouldn’t have believed you, but it is true!

I’ve only got into mountain biking over the last 6 months but it gives me a freedom/thrills I’ve not experienced in any other type of exercise.

Cycling UK said that “as one of its first actions with its new campaign, [it] will look to draw up codes of conduct with other user groups, such as the British Horse Society, and will promote responsible off-road cycling behaviour.”

Launching the report, Cycling UK chief executive Paul Tuohy said: “Over 30% of the 3.5 million bikes sold every year in Britain are designed for off-road use.

“That’s a lot of people who are looking to buy a bike purely for leisure, whether that’s riding with their families or heading to the trail centres, but there have been very few organisations doing anything to represent their interests.

“It’s time someone stood up and championed this silent majority. Cycling UK’s Rides of Way report shows most people are clearly frustrated by a system which could be much more accessible.

“There is so much more we can do to make off-road riding easier without creating conflict, and that will be Cycling UK’s goal as it launches its off-road campaign in the spring.”

The charity’s president, the broadcaster Jon Snow, commented: “Cycling UK has been at the vanguard of opening up thousands of miles of off-road access for cyclists; from winning the rights to use royal parks in 1885, to gaining the right to cycle on bridleways and long-distance cross-country routes in 1968 and successfully campaigning for the ‘Right to Roam’ in Scotland in 2003.

“Scotland has shown how it can be done with respect for all users and the environment, and for greater access to our green and pleasant land. It’s about time people in England and Wales enjoyed the benefits too,” he added.

That seems set to happen in Wales at least, with Welsh Government cabinet secretary for environment and rural affairs, Lesley Griffiths, confirming earlier this week plans to consider how  the law can be changed to open up access to the countryside.

She said: “Wales needs a better and fairer approach to public access for outdoor recreation which is less burdensome to administer, provides for the wide range of activities people want to participate in, with sensible safeguards for land management activities.

“I intend to develop proposals for consultation on how the current laws could be improved.

“For these reasons I will consult on proposals for making improvements in three key areas:

“Achieving consistency in the opportunities available for participation in different activities and how activities are restricted and regulated;

“Simplifying and harmonising procedures for designating and recording public access; [and]

“Improving existing advisory forums and how access rights and responsibilities are communicated to all interests.”

British Cycling’s Mountain Bike Leadership manager, Dan Cook, welcomed the news, saying: “We’re very pleased with the response from Lesley Griffiths and her department and we believe this is a great step towards a model that has proven to be so successful in Scotland.

“We know that opening up the countryside for cycling can have a huge impact on the local economy and can make a big difference to the health of the nation as a whole.

He added: “Scotland has done it, Wales are making great progress and now we need England and the Department for Environment and Rural Affairs to follow suit.”