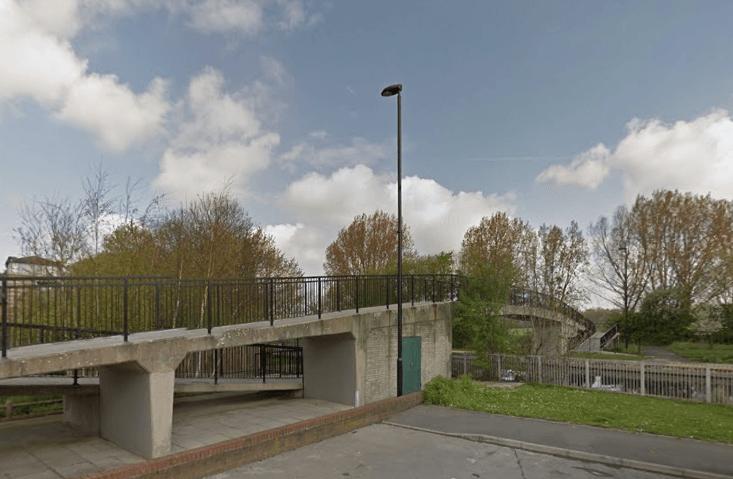 An east London man who was attacked by masked muggers as he rode his bike home on a towpath alongside the River Lee says the route is becoming a no-go zone for cyclists.

The incident happened close to Daubeney Road, Hackney on the evening of Tuesday 3 January as Andy Biddle, aged 34, was riding home to Walthamstow, reports the London Evening Standard.

Mr Biddle was assaulted by two masked men, one of whom punched him in the face. He sustained a black eye, and will require two months of treatment on a bruised retina and scratched cornea.

The muggers stole £40 cash and also made contactless payments totalling £200 on his debit card before he managed to cancel it.

According to the Standard, the Metropolitan Police are investigating three similar incidents that took place in the area in the week before Christmas, although it is unclear whether any of the victims of those attacks was a cyclist. No arrests have been made.

Mr Biddle told the newspaper: “It was my first day at my new job. When I got to Hackney Marshes I noticed a moped, which I thought was kids messing around.

“I cycled off the path to let them past and they slowed down. I started to feel frightened. I don’t know why but I thought if I cycled into the park I would be safer but, obviously, it’s darker and when I got into the park I slipped on my bike and lost my momentum.

“That was when I looked over my shoulder and saw the two guys walking towards me. They shouted, ‘Give me your stuff,’ and then I don’t remember how it happened but I was suddenly on the floor and was aware I had been hit.

“One of them said, ‘Do you want me to hit you again or are you going to do what we say?’ So I gave them my wallet with cards and money in it.

“When they turned around to go they said, ‘You had better not call the police — we know where you live.’”

He continued: “I went to work the next day but ended up breaking down in front of my new colleagues so they sent me to hospital.

"The day after I didn’t leave the house, even to go to the pharmacy in the daytime — I was too shaken up and teary.

"The whole thing was really scary, especially when you are down in the mud staring up at guys wearing masks.”

Mr Biddle that when he cycles now, he uses a different route, and said that action is needed to make people feel safer when riding there.

“It needs to be sorted,” he said. “It is a cycle path but it is too dangerous to use. I now go the long way to work and I don’t cycle as much and I know people who used to use it but are now too scared.”

The incident happened a few hundred yards south of where police were contacted by several cyclists in February last year following attempted bike-jackings by a group of youths who were wearing balaclavas.

Elsewhere on the capital’s waterways system, police last March linked six attacks on cyclists on the Paddington Branch of the Grand Union Canal to members of the same gang.

Two of the incidents resulted in the riders being pushed into the water on the same evening. One of the victims, Peter Bettell, warned at the time that parts of the towpath were becoming “no-go areas.”

Despite the press coverage that episodes such as those attract, cyclists still take to London's towpaths in big numbers - testament to the fact that many feel safer riding there than they do on the road.

The Canal & River Trust recently canvassed the views of cyclists who use towpaths in London through a survey, including asking questions related to safety and whether they had ever been the victim of an attack.