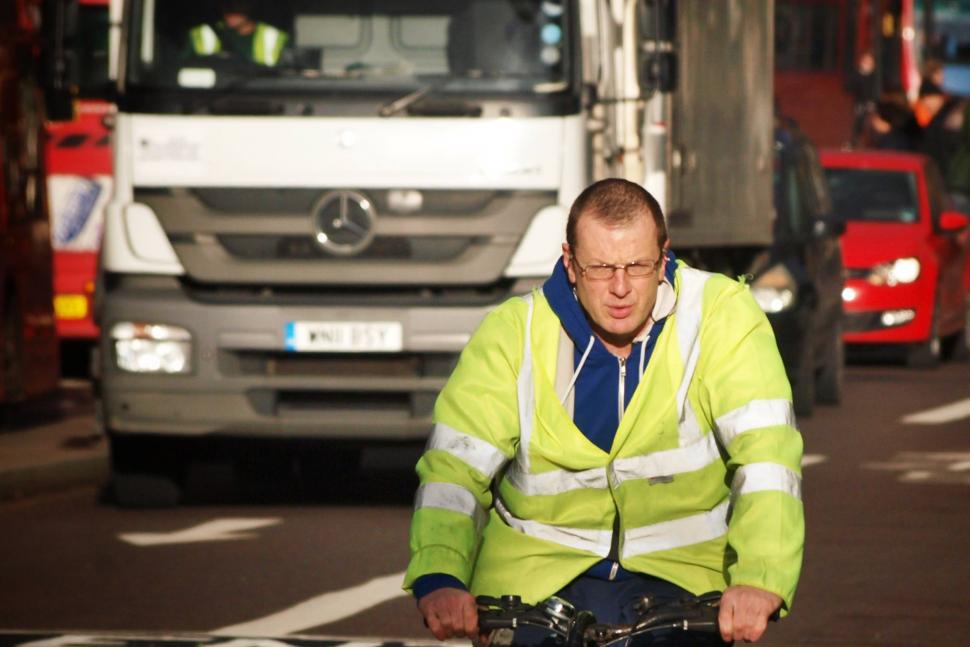 Hundreds of lorry drivers made to ride bikes on London's roads

More than 1,500 drivers of vans and lorries in London have been put through a day of training to make them more aware of how cyclists on the roads feel.

The Travis Perkins employees were given a full day of safety education, which comprised classroom training followed by three and a half hours riding a bike on the road.

1,650 members of staff have been enrolled on the Safe Urban Driving (SUD) course.

Jeff Morris, 63, who drives a 32-tonne lorry, told the Evening Standard: “I was sceptical about the training. However when I did it I was surprised. Cycling with a truck beside you is genuinely scary. I am glad I got to see that for myself and can now play a role in making the streets of London safer for cyclists.”

Ron Searle, the firm’s head of group transport risk and compliance, said the move was part of Travis Perkins’ commitment to road safety.

He said: “The aim of the training is to put drivers in the shoes of cyclists and make them aware of how frightening it is to cycle next to a lorry. It has been hugely successful and we are delighted to make a long-term commitment that puts this at the heart of our training programme for drivers.

“What has been fascinating is that most drivers are initially reluctant to get on a bike. However, when they do it they are vocally supportive, highlighting how useful the exercise was and just how scary heavy goods vehicles can be when on a bike in the drivers’ blind spots.”

Recently we reported how the Department for Transport’s (DfT) THINK campaign came under heavy criticism for releasing a video which appears to blame a cyclist for a collision with a left turning lorry.

The clip, which shows a number of colliding forces in slow motion, including a butcher chopping meat and two rams butting each other, interspersed with snippets of a cyclist riding on the inside of a left-turning lorry, begins with the caption “things you shouldn’t get caught between”, and ends with images of a bicycle crushed under HGV wheels.

British Cycling's  Policy advisor, Chris Boardman, led criticism of the video,  calling it “desperately misguided”, while the Green Party said it made the government appear clueless over road safety, and the message should be for lorry drivers not to put cyclists at risk.