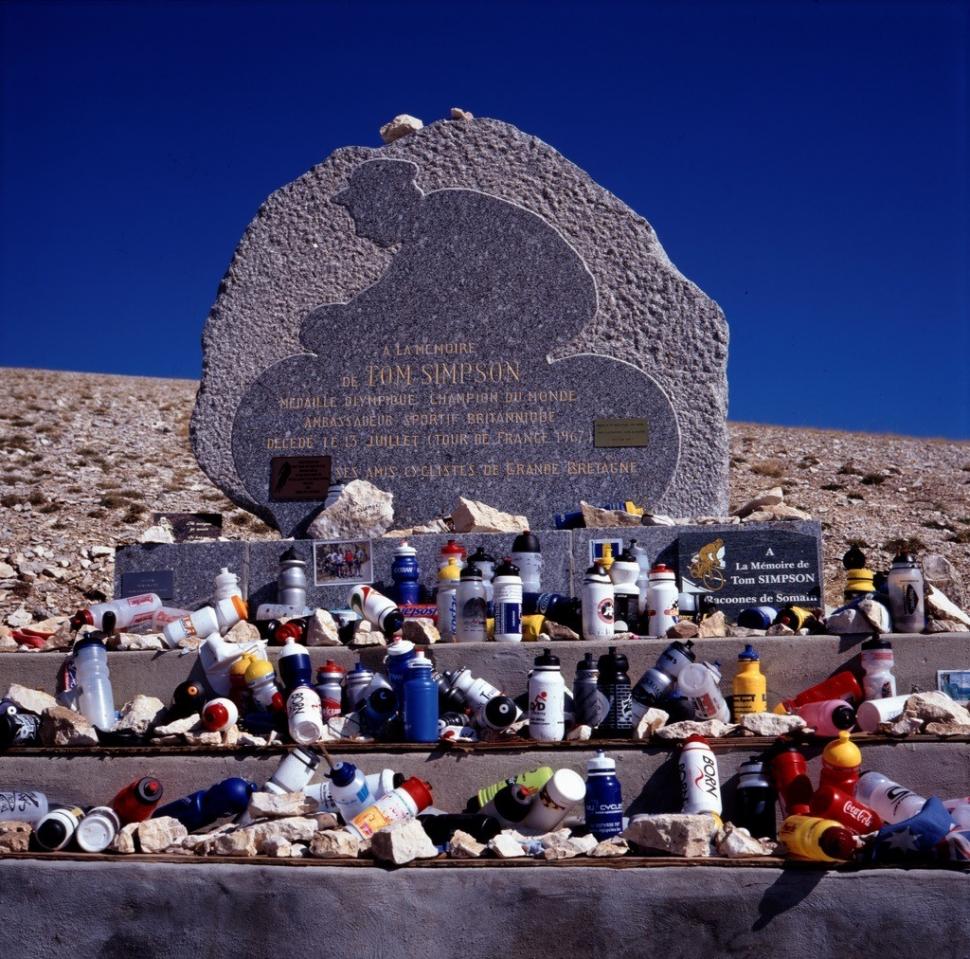 To commemorate the anniversary of Tom Simpson’s death, the memorial is being rebuilt at the point at which he collapsed, 1km before the summit of Mont Ventoux. A video published on Sporza shows some of the work being carried out.

Simpson, the 1965 world champion and the first British cyclist to wear the yellow jersey at the Tour de France, died on the mountain 50 years ago next year.

The memorial was first unveiled in 1968 by his wife Helen, and has received regular visitors and occasional restoration work ever since.

In 1998, The Tom Simpson Memorial Fund asked for contributions so that the memorial stone could be saved. The stone was re-mounted on a new concrete plinth which was anchored into the mountainside with steel rods. Simpson’s daughters Joanne and Jane also added a plaque that reads: "There is no mountain too high."

The 40th anniversary of his death then saw the addition of concrete steps from the roadside to the memorial.

In 2013, the granite monument was blown over by strong winds.

This year’s Ventoux stage is best-remembered for Chris Froome hot-footing it up the slopes after being brought down in a crash, but the stage winner that day was Belgium’s Thomas De Gendt.

In the Sporza film, we see De Gendt riding up to the memorial before helping out with the renovations. Joanne Simpson also appears, describing the memorial as a "stairway to heaven."

A Tom Simpson memorial ride will take place on Saturday, June 17. Joanne will take part and will lay a flower at the memorial.