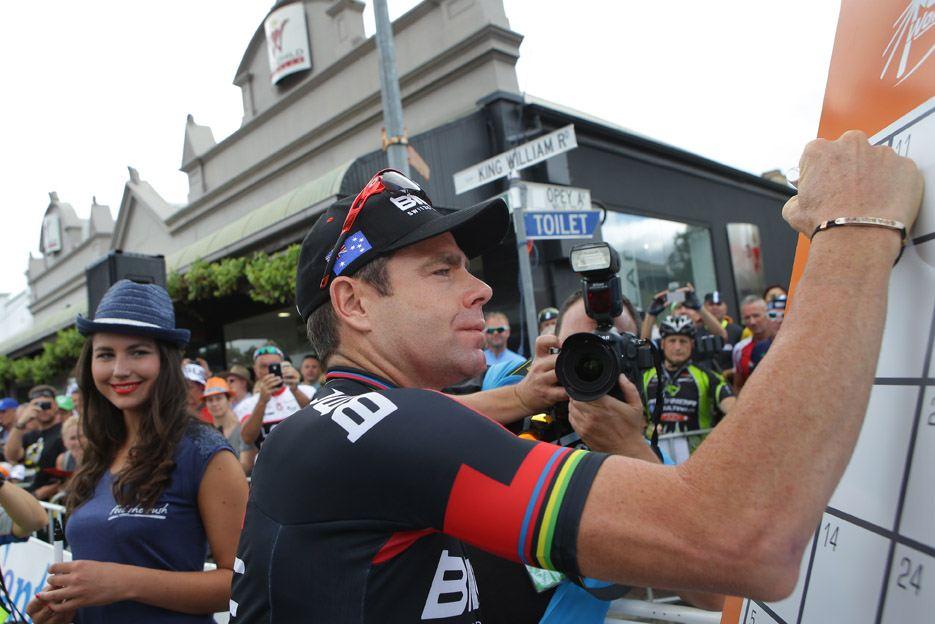 Former world champion and Tour de France winner Cadel Evans says he won’t ride his bike in Sydney – because he believes it's too intimidating for cyclists.

The 39-year-old, whose Australian home is in Barwon Heads, Victoria, was in the New South Wales capital this week to promote his autobiography The Art of Cycling.

He told the Sydney Morning Herald that while he applauded efforts by the city’s mayor, Clover Moore, to promote cycling such as introducing bike paths, he wouldn’t encourage people to ride on the city’s streets.

Evans, who retired from professional cycling in February last year, said: "I'm not intimidated to ride in many places but Sydney is one of them.”

Contrasting Sydney with the capital of Victoria, he said: "Melbourne people are a little bit more respectful on the roads.

> “Sydney is weird, there is a general hatred for cyclists”

Evans acknowledged however that the nature of the city meant it was more difficult to put safe infrastructure, saying; "The mayor is doing a fantastic job. She's doing what's possible but she has a lot of obstacles.

"Number one in Sydney unfortunately is you have a very large city that has very narrow streets, so the basic infrastructure is difficult.

"And poor Clover Moore has all these people that seem to be holding up the good things that she wants to change and voicing her opinion and trying to educate the public what's best for the short, medium and long term infrastructure in Sydney."

Among the problems Moore faces are a state government that is extremely hostile to cycling – New South Wales minister for roads, maritime and freight Duncan Gay last year ordering that a protected bike lane be ripped up.

In a stark illustration of his reluctance to ride in Sydney, Evans reveals that rather than train there ahead of races, he has actually returned home.

"It was easier for me to catch a plane back to Melbourne then drive home and ride there, rather than drive in the traffic down to the Royal National Park to find a climb to train properly then drive back," he reflected.

"That made me think, ‘this is ridiculous’. I can't run out the door in Sydney which is what makes cycling so nice in most places in the world.”

He went on: “Countries like Italy have really narrow roads but they're used to cyclists. A lot of people ride there.

"They're not necessarily cyclists but they ride a bike to church or the shops or whatever. They see it from the rider's angle so they just have respect and understanding.

Evans added: "I encourage people to ride for the health benefits or for one car less on the road but because of this problem, I don't want to encourage someone to ride and then they go out and get hit by a car."