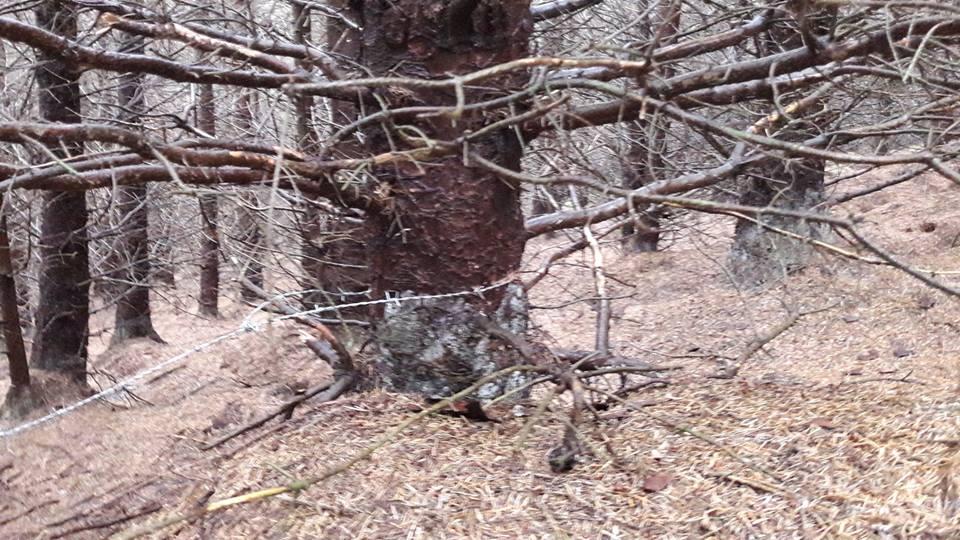 “Seriously thought I was a goner as had to unwrap the wire from round my throat,” says rider
by Simon_MacMichael

A mountain biker in South Wales says he was “almost beheaded” by barbed wire stretched across a trail.

Posting pictures to the Afan Valley Bike Shed Page on Facebook after Saturday’s incident on the Ton Pentre trail, he said, “Thank god I'm a big bloke as it cut across my chest and shoulders before sliding up to my neck.

“Seriously thought I was a goner as had to unwrap the wire from round my throat.

“Completely trashed my jacket but thankfully just scrapes and one small puncture on my arm.”

The police have been informed, and the poster added: “I have no idea what the complete twat who put the wire there was thinking but had it been a shorter rider, they might well have killed someone.

“This was an area of trail where you clearly ride at speed. What could they possibly hope to achieve through this action?”

It’s the latest in a number of acts of sabotage in areas popular with mountain bikers that range from obstacles such as sticks being placed on trails, to incidents such as this one where the intention seems to be to maim or worse.

One of the people commenting on the pictures post one he had taken himself the previous week showing a piece of wood with large nails driven through it.

In September, former Secretary of State for Wales Ron Davies denied that he had deliberately blocked a mountain bike trail near Caerphilly, after he was caught on CCTV apparently doing just that. He said he was trying to remove them instead.

Last month, Cheshire-based Twelve50 Bikes shared a photo on Facebook that is one of the more frightening attempts at sabotaging a trail that we’ve seen, comprising seven stakes driven into the ground at such an angle that they could do serious harm.

In a report in the discovery in the Forestry Commision-owned Delamere Forest, Singletrack likened it to “the kind of thing you might expect to see in a medieval castle’s defences, rather than in the middle of a trail.”

The stakes had been taken from a jump which has now been dismantled for safety reasons.