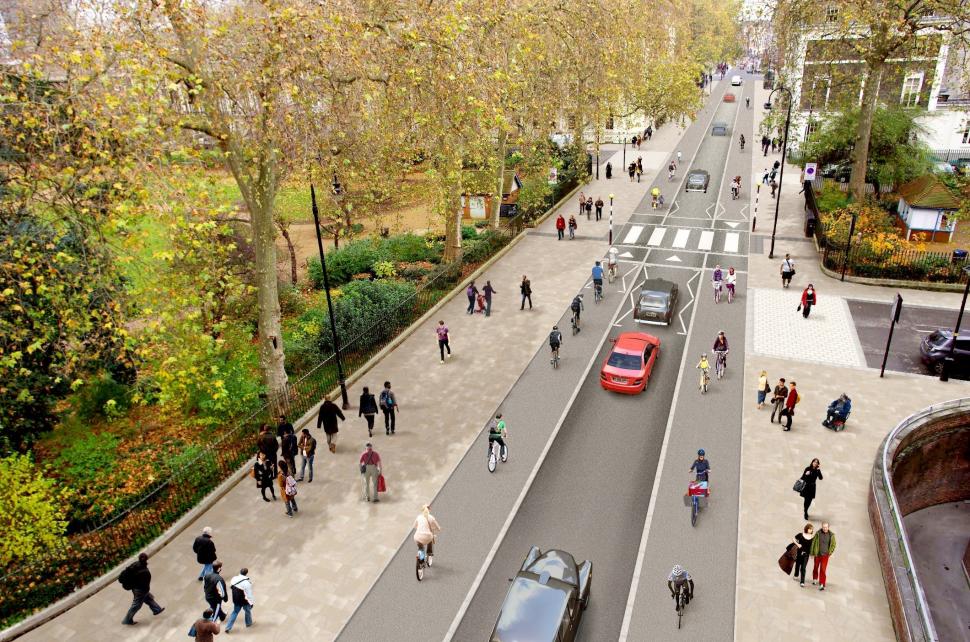 Camden Council has received an overwhelmingly positive response to its consultation on the recent Torrington Place/Tavistock Place bike lane trial. 78 per cent of respondents were in favour of making the road one-way for motor vehicles and doubling the space allocated to cyclists.

The 15,000 responses – including 1,387 from residents – constituted the largest ever response to a Camden consultation.

The council has however made it clear that no decisions will be made until a full analysis of the consultation comments and alternative proposals has been made.

“I would like to thank everyone who took the opportunity to have their say during the consultation. The impressive number of responses received demonstrates the importance that many people, of differing viewpoints, hold with regards to the street layout in this location.

“We are now in the process of fully collating and analysing the responses. Due to the high number it will take officers some time to fully collate and analyse all the views and comments received before we can share the detailed results more widely and use them to inform our final decision.”

Launched in November 2015, the trial saw the corridor of streets that includes Torrington Place, Byng Place, Gordon Square, Tavistock Square and Tavistock Place made primarily eastbound for motor vehicles. A partially segregated cycle lane on the south side of the street was also created in addition to the existing one on the northern side.

Members of the public were asked their opinion on whether to keep the current layout plus improvements such as wider pavements and stepped cycle tracks, or to remove it completely and return the street to two traffic lanes and a single, two-way cycle track.

The Licensed Taxi Drivers Association (LTDA) has been among those objecting to the plans. The organisation launched a petition asking the council to consider alternative measures.

“The idea that the way it was before is better is ludicrous, the idea that we can fit thousands of cyclists into half the space. They want two-way traffic because it’s slightly easier for them.