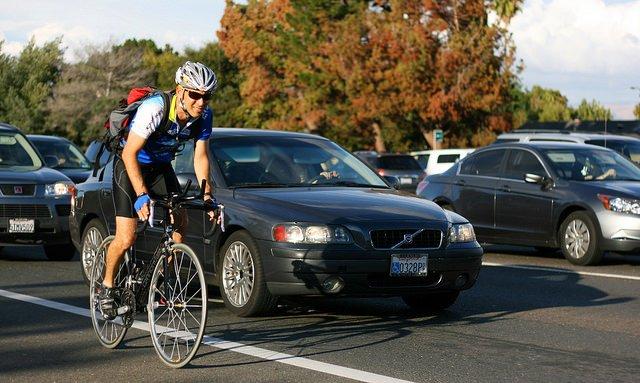 In the not too distant future, when driverless cars roam our country's roads, will cyclists be the scourge of a potential transport utopia? That is a question being asked by the associate director of transport consultancy Phil Jones Associates.

Adrian Lord, of Phil Jones Associates, fears that once technology that prevents pedestrians and cyclists from being hit by vehicles makes it to our roads, it opens the door for vulnerable road users to take advantage of the impossibility of being injured.

He said: "Once people realise that an autonomous vehicle will stop [automatically], will pedestrians and cyclists deliberately take advantage and step out or cycle in front of them?

“If that’s the case, how long would such a vehicle take to drive down Oxford Street or any other busy urban high street?”

Meanwhile professor of transport engineering at the University of the West of England, John Parkin, told the Financial Times that much of the infrastructure that's being implemented to keep bikes and cars apart in inner-city environments, will be made redundant by autonomous technology reaching maturity.

"When fewer cars are driven by humans, in cities at least," the professor said. "There would be less need to segregate cyclists from traffic. This would allow roads to be designed as more open, shared spaces."

The big hypothetical question over what will become of our city streets when autonomous vehicles arrive seems far away now, but autonomous cars are certainly coming. Theresa May recently struck a deal with Nissan to bring its autonomous vehicles to our country's roads over the next few years and Uber are moving towards an autonomous taxi service even sooner.

And, should the day come when London is an autonomous car-only city, Mr Lord's fears over "busy urban high streets," despite specualtion that the number of cars on our roads will actually go down, could well become a reality if cycling champion Andrew Gilligan is right.

He suggests that the significant increase in convenience autonomous vehicles are set to offer will trigger a notable rise in the number of active vehicles on our roads. That's despite autonomous vehicles doing away with the necessity of car parking - which according to an RAC survey accounts for 95% of a car's time, indicating that fewer cars will be required to meet our needs.

Mr Gilligan said: "If the day arrives when people do not need driving licences or have to pay for insurance, and can simply call a driverless car at a moment’s notice, the number of vehicles on the road is likely to increase."

It doesn't look, though, like the introduction of autonomous vehilces will be the magic bullet that kills the 'battle for the roads' between drivers and cyclists. If anything, it looks like something of a role reversal will happen instead.

Here at road.cc we can already picture a world where drivers are campaigning for segregated infrastructure to keep cyclists away from cars for the sake of their driving comfort.