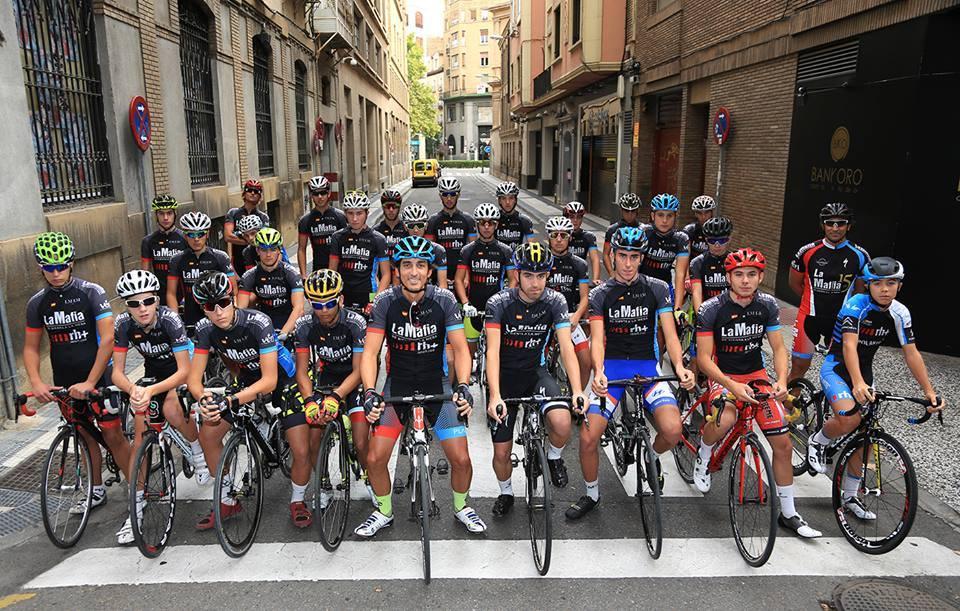 Alberto Contador has found himself caught up in a row between Spain and Italy over a chain of restaurants in Spain that sponsors the foundation he set up develop young riders – because it trades under the name La Mafia.

The European Union’s Intellectual Property Office (EUIPO) has sided with Italy in the dispute and has ordered the chain, which currently has 39 outlets across Spain, to change its name after ruling it was "contrary to accepted principles of morality," reports thelocal.it.

The Fundacion Alberto Contador runs under-23 and junior teams which are sponsored by RH+ Polartec and also runs training camps, sponsored for the past three years by La Mafia, for younger riders aspiring to join them.

The latest such camp took place in Zaragoza last month and involved 30 youth and first-year junior riders, six of whom will be selected to join the RH+ / Polartec – Fundacion Alberto Contador junior team.

Participants wore La Mafia-branded kit and were treated to hospitality at one of the chain’s restaurants, the fascia of which includes the words, ‘Se sienta a la mesa’ – ‘Sit at the table.’

La Gazzetta dello Sport reports that according to the EUIPO’s decision, that phrase “is an attempt to attribute a benign character to the name of one of the most dangerous organisations that has ever existed in Italy.”

The Italian sports daily's  Claudio Ghisalberti noted that neither Contador nor his brother Fran, who runs the team, seemed "to have asked too many questions" about the name, "nor was their any problem in saying yes" to the sponsorship.

The EUIPO – coincidentally, based in Alicante, where La Mafia has one of its restaurants –  also said that the use of the word ‘Mafia’ “manipulates the extremely positive image of Italian cuisine.”

It added: “Mafia-type criminal organisations are a clear and present threat for the entire European Union since they are not only active in Italy but also in other member states; Spain is a preferred country for many of them.”

The initial complaint from the Italian government followed an investigation from Italian newspaper La Repubblica as well as lobbying by farmers’ organisation Coldiretti.

Its president, Roberto Moncalvo, said: "Unfortunately the case is not isolated, and all over the world from Mexico to Sharm El Sheikh, there are 'Cosa Nostra' restaurants and pizzerias.

"The EU must now stop the commercial use of an infamous 'brand', which exploits stereotypes of mafia organisations, oversimplifying and almost normalising them. This phenomenon has brought pain and grief throughout Italy," he added.

The restaurants’ décor includes nods to Francis Ford Coppola’s Godfather trilogy as well as imagery of organised crime figures such as Lucky Luciano, the New York gangster whose contacts in his native Sicily proved invaluable to Allied forces in the 1943 invasion of the island.

When the initial row over the use of the name broke out in 2014, one of Italy’s leading writers on organised crime, Attilio Bolzoni, visited two of the restaurants in Spain and met with the company’s public relations manager, Pablo Martinez.

"In times of crisis, we are growing,” Martínez told Bolzoni, who wrote about his trip in La Repubblica.

"The word mafia is a brand that is immediately recognised, it’s a call to attention and everyone remembers it,” added Martínez. "We didn't create it, we just use it."

He added: "We apologise to those Italians who feel offended, but that’s not our intention."

In his article, Bolzoni reflected: "Imagine what would happen in Spain if someone in Italy opened a restaurant dedicated to the [Basque] terrorist group Eta?"

There’s an ironic footnote to the story.

In Spain, the La Mafia chain has been hailed as a rare success story in the straitened economic circumstances of recent years.

In Italy, meanwhile, it is organised crime syndicates that have reportedly been helping keep the eating out sector afloat as they look to launder illegally-obtained profits through restaurants.