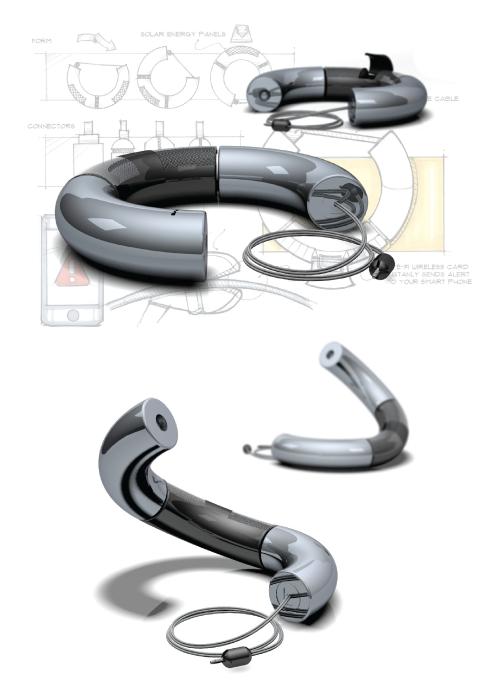 The maker of an innovative new bike lock is looking for backing to take the lock into production.

The Halo bike lock was the brainchild of US designer Steve Hunt and his friend Chad Rogers. The lock uses an Eye-Fi card – a standard SDHC memory card with in-built Wi-Fi – to alert your smart phone when it’s being tampered with.

Although the lock has generated a lot of media interest, Steve says he’s still looking for commercial backing.

Steve said, “We wanted to create something that empowered bike owners against theft. Bicycle theft is all too common, and most of the time you don't even know it’s happening, let alone have the ability to try and stop it. Of course, the Halo lock won't stop all thieves, but at least it gives the owner a little more piece of mind that they have control over the situation.

“However, the lock is still just a concept. We would love to find someone to get on board and produce it. I've tried to contact Trek, but they never responded. Perhaps one of your readers would like to take on the project…”