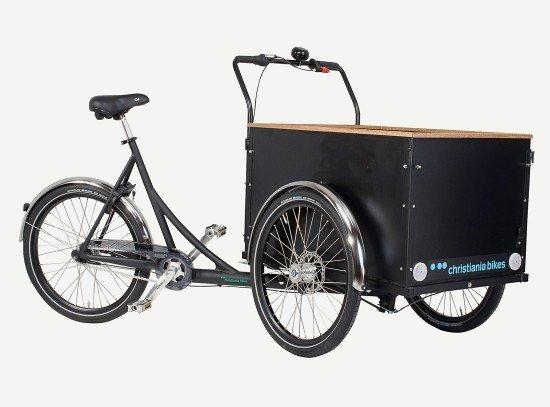 Homebase has introduced a cargo bike programme at two of its stores: in London (Finchley Road) and Cambridge (Retail Park, Newmarket Road). London Green Cycles reports that Homebase is offering free use of its Christiania bikes so that customers can more easily take home bulky or heavy purchases.

The trial will run for 12 weeks and the idea is that customers will be able to make an impulse buy when they wouldn’t have considered having to carry something large back home. The bike, which comes with a rain tent, a helmet and a heavy duty lock, is said to be suitable for up to 100kg, plus the rider.

To hire one of the cargo bikes, you first have to fill out a couple of forms. You are then given a quick demonstration and you’re good to go.

In a blog post yesterday, London Green Cycles said that half a dozen requests had been made so far, “mostly by ‘chaps’ and mainly during the weekend.”

The news comes a month after Sainsbury’s announced a cargo bike trial in which the supermarket’s couriers will deliver up to 20 items to people’s homes within the hour – the first time the company has used bikes in 130 years.

Sainsbury’s new trial service costs £4.99 per delivery, but for now is only available in parts of South and West London, and only to iPhone users.