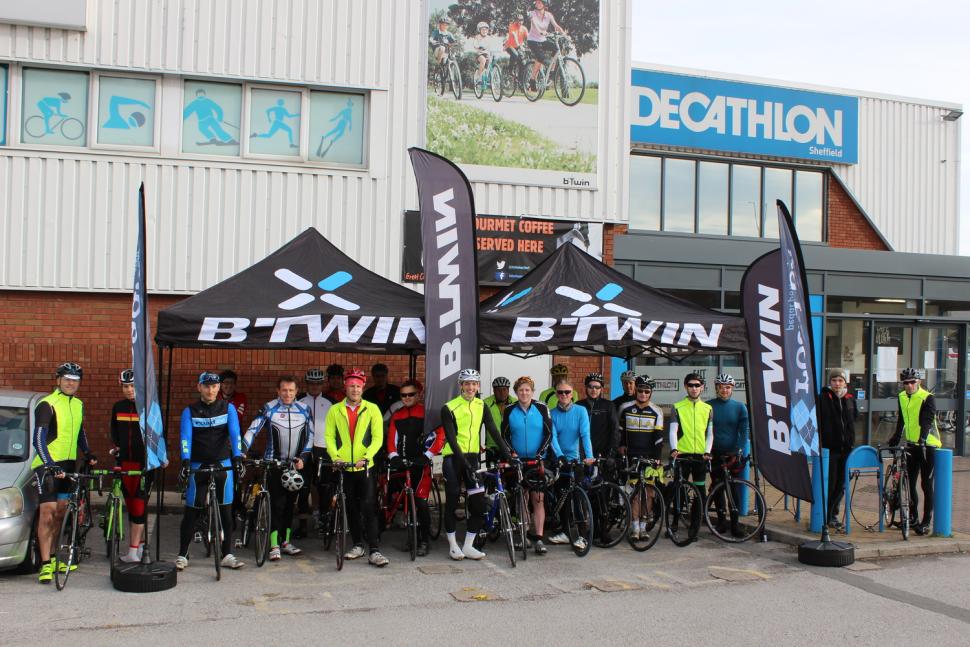 We head back up north to Decathlon, Sheffield for a morning of riding in the hills
by Stu Kerton

After the balmy weather of September the morning of Sunday 2nd October certainly had a chill to it. Thankfully with a couple of routes planned out into the climbs of the Peak District for the team road.cc rideout warming up wasn't going to be an issue. The team from Decathlon's Sheffield store had everything planned and under control so after a coffee or two and a quick rider briefing the twenty-four of us headed out of the city in one stretched out peleton.

At just after 9am the traffic was still light in Sheffield so it was a quiet ascent away from the centre until we'd left the urban sprawl behind us. We continued to climb for the best part of seven miles on the road to Ringinglow, a hill that isn't massively steep but one of those you settle into a nice rhythm and tap it out until you reached the summit. After the now standard photo stop and regroup we started the first of the big descents. 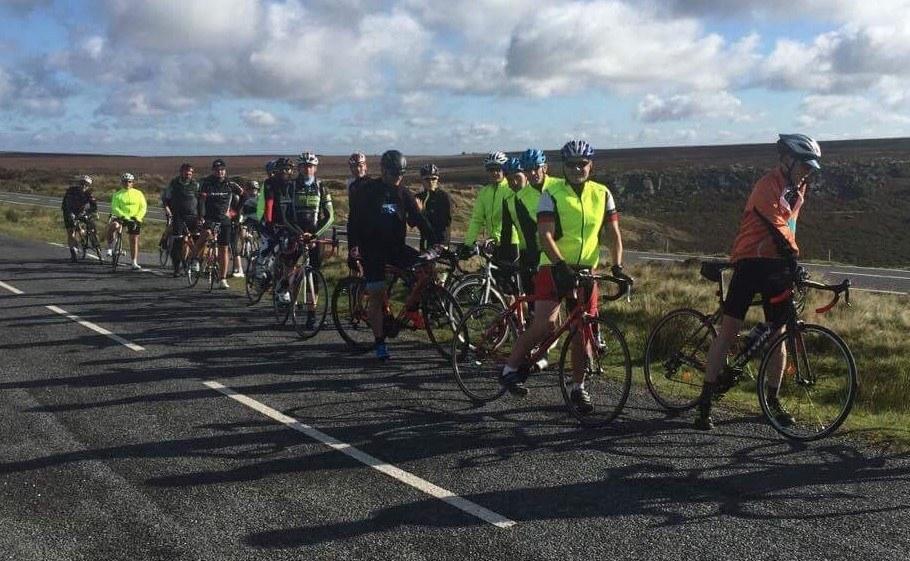 With roads still damp from heavy rain the previous day a few patches under the tree cover were a touch slippery and saw everyone descending at their own pace to arrive at the junction in one piece before continuing down through Bamford.

It was here that we split into two groups, eight of us taking the slightly shorter route back to the city with the rest of the squad heading for a longer loop and a coffee stop.

The shorter group turned left at the traffic lights onto the A6187 to Hathersage where upon leaving the village it was straight into the climb up to the Fox House pub and round the corner to the summit. Again it was another of those climbs where you need to tap out the pace being a long steady ascent. The temperature was picking up by now and so was the breeze so on the short downhill stretch at the midway point you got little respite. Once over the top it was a relief to have finished the majority of the climbing and it was time to head back to base. After turning off of the main road we cut back across to Ringinglow to the road we'd climbed earlier but cut straight across to start the descent back into Sheffield to create a sort of figure of eight.

We dropped back into the centre through the back way and side streets cutting out a lot of the traffic, large roundabouts and traffic lights rolling up at Decathlon after covering around 28 miles and 850m of climbing.

The longer group arrived about forty-five minutes later having turned right at the Bamford lights to Brough-on-Noe before a left turn started them on their loop. After passing through Grindlow it was time to get the heads down for the undulating road to Eyam before turning left to Grindleford which saw them join the same final climb as the shorter group had done a little while earlier. From the top they then came back into Sheffield via a more direct route. 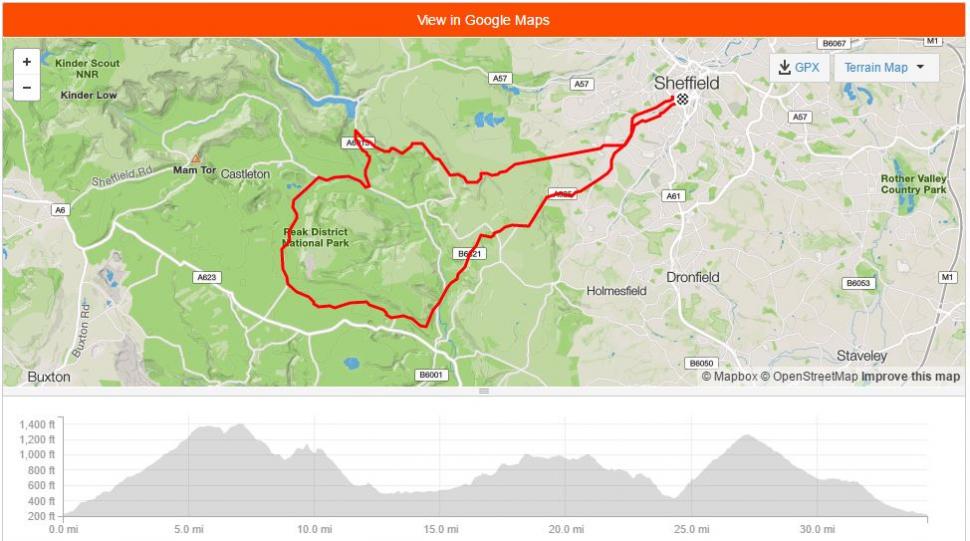 Overall distance was 34 miles with 922m of ascent.

At the finish Decathlon laid on the coffees from the in-house cafe and dished out a goodie bag to each rider and we got in on the act too with a delve into the office schwag box of goodies for each finisher.

On the whole it was a great morning out thanks to the organisation by Decathlon's Mick and his team who designed the routes which were both challenging without being too extreme, they also offered some stunning scenery as well.

We'll be announcing our next rideout any day soon so keep your eye on the site.