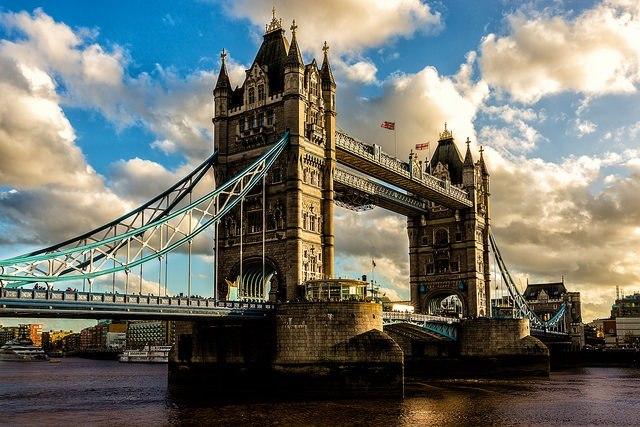 Cyclists fined for not dismounting at Tower Bridge

Officers from City of London Police have reportedly been fining cyclists riding on the walkway at Tower Bridge, where the carriageway is currently closed to allow urgent maintenance and repairs to the 122-year-old structure and its road surface to be carried out.

Cyclists are allowed to push their bikes along the bridge’s pavements while the works, which will last until the end of the year, are carried out, but they are not allowed to ride across.

Following complaints that some people were riding bikes on the footway, the Evening Standard reports that City of London police were today issuing fixed penalty notices to cyclists who had not dismounted.

Transport for London (TfL) says it will station eight Road and Transport Enforcement Officers on the bridge – two of them at each end – while the works are ongoing, with a spokesman saying that “cyclists will not be able to get past on their bikes without being stopped.”

Information on TfL’s website about the bridge’s closure from Saturday 1 October to 30 December includes details of alternative routes for cyclists. 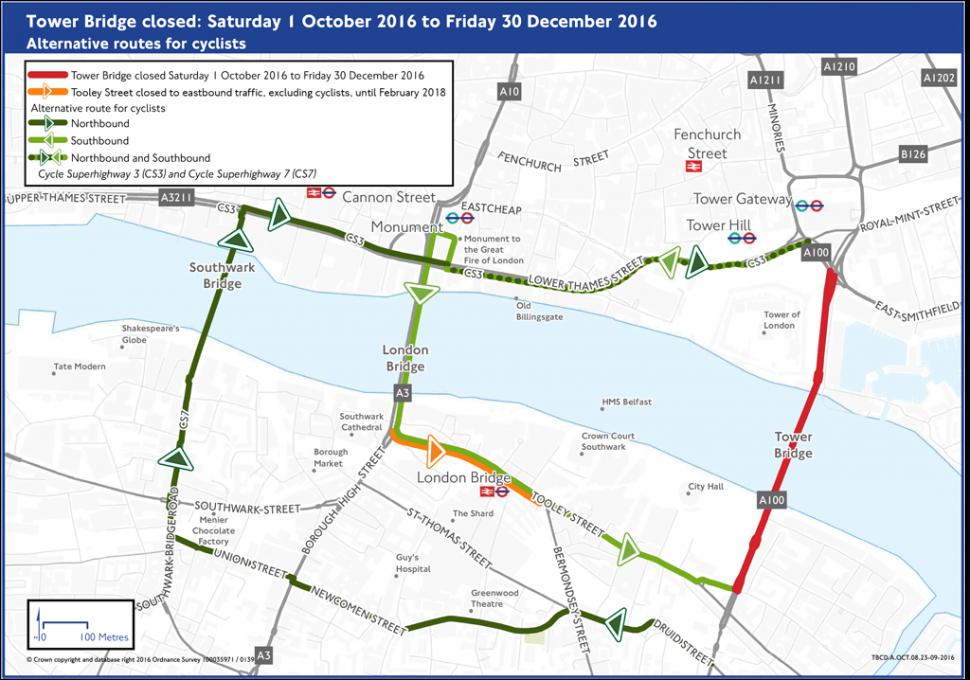 Those heading southbound across the river are advised to use London Bridge, while those riding in the opposite direction should use Southwark Bridge. Signs are in place on Tower Bridge itself telling cyclists to dismount.

Tower Bridge is closed to motor traffic until 30 December 2016. Cyclists can walk their bikes across. https://t.co/zv4LbFOXa6 pic.twitter.com/FWs3hPsfyT

Motor vehicles are banned from the bridge altogether, with diversions in place for the routes that cross it, and a higher than usual volume of pedestrians is anticipated during the period of the works – although it will be closed to people on foot, too, for three weekends from 26 November to 11 December.

Unmesh Desai, Labour London Assembly Member for City and East, told the Standard: “It’s really important that TfL and the Corporation challenge the minority of cyclists who are not dismounting whilst crossing the pedestrian walkway on Tower Bridge.

“I personally witnessed several cyclists weaving in and out between vulnerable pedestrians on the bridge yesterday evening and feel that there is a high risk of a serious accident unless enforcement action is taken,” he added.