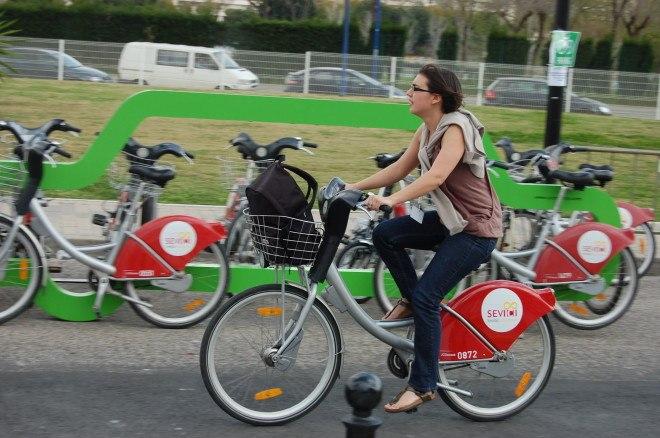 Seville brings in priority for cyclists and 18mph city centre

All of Seville city centre has been declared a 30kmph (18mph) zone in an attempt to make cycling and walking more attractive.

Thanks to the efforts of A Contramano, a Spanish member organization of the European Cyclists’ Foundation (ECF), the largest low-speed traffic area of Spain was created in Seville.

In addition, cyclists will have priority on all streets in the city centre.

On the 22nd of September, during the car free day, the City Council announced the implementation of most of the measures that the ECF member organization had requested, including:

The entire Seville City Center to be signposted as 30km/h and 20km/h zone on some specific street.
All 30km/h streets to be made cycle streets with priority for cyclists.
All 20km/h streets (Seville classical narrow streets) to be signposted giving priority to cyclists and pedestrians.
Improving the traffic signalling to become more cycle friendly.

Since it was made Velo-city 2011, Seville has created a network of 120 km of segregated cycle tracks. More than 70,000 trips are made daily along this network on a typical business day.

Seville has 700,000 inhabitants, and this means that bicycles make up 9% of all trips in mechanized vehicles (bicycles, car, vans etc.) or 5,6% of all trips when you take into account walking as well.