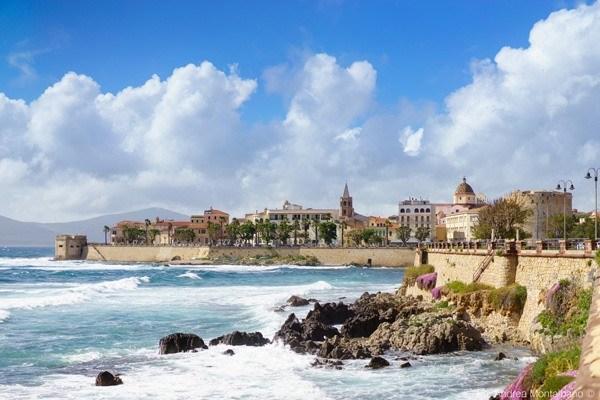 Sardinia will host the start of next year’s 100th edition of the Giro d’Italia, with the first three stages of the race taking place there in May.

It will be the third time the island has welcomed the race, the most recent occasion being in 2009, when the Giro started there.

Previously, it hosted Stage 4 of the 1961 edition, another landmark year as the race marked the 100th anniversary of the unification of Italy.

The race will begin on Friday 5 May with a 203km stage from Alghero to Olbia, followed by a 208km stage from Olbia to Tortolì and a 148km stage from Tortolì to the capital, Cagliari.

Videos with details of all three stages are in the playlist below.

Among those present at today’s launch was Sardinian native Fabio Aru, second in the 2015 Giro, where he also won the best young rider’s classification.

At today’s launch in Milan, the Astana rider, aged 26, said: "Since I've heard the rumours about a Giro Big Start in my region I've always hoped it was really going to happen.

“Being here today it's a great feeling and makes me really proud: I'm sure there has been a lot of other decisive factors but even being able to think that my success on a bike could be a positive contribution for making this Big Start happen makes me very happy.

“On top of that, thinking that this is going to be the 100th Giro d'Italia, I couldn't ask for more. I hope that this important event will kickstart in Sardinia a competitive cycling movement able to organise many races at all age levels, allowing young riders to grow.”

He added: “I will make my next year's racing programs with our sport directors at the end of November, but I can certainly say that I wouldn't like to miss a Giro that starts in my Sardinia for anything in the world!"

While details of the rest of the three-week race are being kept under wraps for now, given the significance of next year’s edition it’s a safe bet that it will be a ‘Greatest Hits’ of Italy both in terms of host cities and iconic cycling locations.

Race director Mauro Vegni said: “This is going to be a very special edition of Giro d'Italia, not only because it's the 100th one but because the Big Start from Sardinia, an event within the event, is the beginning of a sporting and cultural story of Italy that will last almost a month.

“This story will be showcased to the world through the unique Italian imagery and international TV coverage. 'The toughest race in the world's most beautiful place' is not just a romantic claim but also a statement of fact.

“It's going to be a surprising Giro, not only in the complete course which we will reveal in full at the end of October, but for the locations we are going to visit, locations that made the history of our country,” he added.