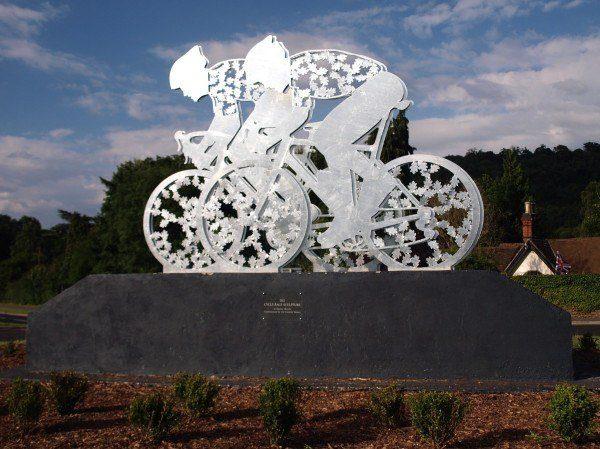 A Leatherhead driving instructor is campaigning to make cycling on a dual carriageway between Dorking and Leatherhead illegal. Martin Davies has set up a petition asking Surrey County Council to ban cycling on the A24 on the grounds that it is “very dangerous for all road users, especially the cyclists.”

“Please make it illegal for cyclists to use the A24 Dual Carriageway between Givons Grove roundabout, Leatherhead and Ashcombe Road, Dorking. It is very dangerous for all road users, especially the cyclists. There is a very good cycle lane off to both side of this road that many cyclists already use therefore it is clearly fit for purpose.

“I use this section of road many times each week, including the weekends, and have witnessed many close shaves and dangerous situations and feel it is only a matter of time before there are some serious accidents involving cyclists.

“One particularly dangerous section is when cyclists don't use the underpass and cross two lanes of 50mph traffic to turn right at the Burford Bridge roundabout to go up Box Hill. It will need 'No Cycling' signposts that will need to be actively enforced and a commitment to ensure the cycle lanes are kept in good repair and fit for purpose.”

According to Cyclestreets’ STATS19 tool, the 3.5 mile stretch of road saw 23 collisions involving cyclists between 2005 and 2014, five of which were serious. By way of comparison, the 1.7 mile stretch of the A24 from Givons roundabout to the M25 saw 21 collisions involving cyclists over the same period, two of which were serious.

Local cyclists seem unimpressed with the idea and many have made their displeasure known via the petition itself. The 156 signatories at the time of writing include A complete moron, Martin Davies is a pillock, Martin Davies is an arsecake, Cycling IsNotA Crime and Bikey McBikeface – plus a great many more fictional names which make use of rather more colourful language.

John Meudell of the Mole Valley Cycling Forum told the Surrey Mirror that were the petition successful, it would force cyclists onto substandard cycle paths.

"Surrey County Council hasn't maintained the cycle path so cyclists with road bikes avoid them because their bikes have thin wheels that could easily puncture. Also on the cycle paths bikes don't have right of way at junctions so it can be very unsafe to cross. On top of that at some places the roads are also too narrow."

Meudell said the path had just been left to deteriorate. “The problem is that now they can't make it safer because there is no space."

Davies also lamented the state of the cycle paths.

"It's not necessarily about me having a problem with cyclists I just think it's quite dangerous for anyone to cycle on a dual carriageway without any hard shoulder. The whole issue for me is that cyclists don't use the cycle paths that are set back from the road that are much safer for people to cycle on.

"When I set up the petition I worded it in a way to bring attention to the council about how dangerous the road is and show how the cycle lanes need to be improved to make it more accessible.

"I know I got a lot of abusive responses so it backfired a bit on me but it's all about their safety. If there are better cycle lanes this would make it safer for both cyclists and drivers."