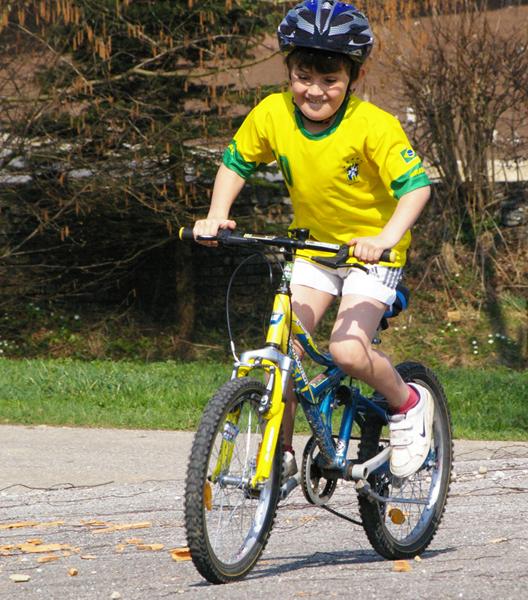 London police to go easy on kids cycling on pavements

London Mayor Boris Johnson has asked the Met police to relax their stance on children cycling on pavements.

According to the Evening Standard, the Mayor spoke to Met Commissioner Sir Paul Stephenson following the widely reported case of the Schonrock children from Dulwich, whose parents allow them to cycle to school unaccompanied.

Oliver and Gillian Schonrock were given a warning by their children’s headmaster for allowing their eight-year-old daughter and five-year-old son to cycle the mile and a half to their school.

But Boris called the parents ‘heroes’ and now Sir Paul has given what’s been described as an ‘immediate sympathetic response’ to the Mayor’s suggestion.

Officers have no legal power to stop children under 10 from cycling on the pavement as they are below the age of criminality. But police say that when they face such a situation in future, they will take a more relaxed view — provided the children are not being a nuisance.

Commander Mark Gore, head of Safer Transport Command, said, “This is not a carte-blanche instruction for all cyclists, but recognises that learning to ride on busy roads in London can be very daunting for young children.

“By taking a common-sense approach we can provide them with an opportunity to gain experience and build confidence in a safer environment.”

Mr Schonrock, a 40-year-old manager of an e-commerce firm, told the Standard, “This is great news for any parents who want to expose their children carefully to some of the risks of the real world.”

There are some telling comments beneath the Standard article. A reader named Peter, who describes himself as living in ‘Bewildered Britain’, says, “The fact that they are on a cycle is being a nuisance enough! No respect learnt as a child and the same when they take to the road properly and eventually death from riding like they own the road and expect everyone to give way to them.”