Feel The Bern – with a Bernie Eisel t-shirt!

“Feel The Bern” has been one of 2016’s catchphrases thanks to Bernie Sanders’ ill-fated bid for the Democratic nomination for the US presidential elections – and the term has now inspired a cycling-themed take on the campaign t-shirt, dedicated to “President of the Peloton,” Bernie Eisel.

One of the most popular riders around, the 35-year-old Austrian is now reunited with his old mucker Mark Cavendish at Dimension Data, whom he helped to four stage wins in last month’s Tour de France – a race Eisel has now ridden and completed a dozen times.

The limited edition t-shirt (men's large is already sold out) comes from Girona-based blog The Peloton Brief, and a percentage of profits goes to Dimension Data's charity partner, Qhubeka.

For UK buyers it costs £20 plus £3 postage – and someone who has already got his hands on one is Eisel’s team mate, the Australian rider Nathan Haas, winner of the 2012 Tour of Britain, snapped wearing it earlier this week.

Haas told road.cc: “Bernie is sort of the unofficial president of the peloton, so I thought it was too funny to roll it into the whole presidential election energy.

“It really cracks me up. I also loved Bernie Sanders, so wearing if around the Tour of California during the Democratic primaries I felt that I was doing my bit, so to speak."

We put it to Haas that it’s unusual for a professional sportsman to wear a garment paying tribute to another, even if they are both on the same team.

He replied: “Bernie is an awesome team mate, his skills and knowledge are beyond what most will know but best of all is he's a great teacher and even better leader.

“So why do I wear the shirt? Well, it beats the Ralph Lauren design of the USA Olympic outfit.

“Did somebody say Kremlin?”

Laura Fletcher of The Peloton Brief told us about the inspiration for the t-shirt.

“Every time I heard someone say ‘Bernie Supporter’ I kept thinking of Bernie Eisel,” she explained.

“He's the first Bernie in a lot of people's books.

“I asked him at the Tour de Yorkshire whether we could make this t-shirt and he said, ‘Hell yes’.

“Bernie is a massively popular rider, and a super great guy.

“It's awesome working with riders on projects like this, as the main goal of the site is to be a collaborative journal of sorts with the pro peloton," she added.

Here’s Bernie keeping an ever-watchful eye on Cav ahead of the final stage of the 2011 Tour of Britain – won by the Manxman in his final race before becoming world champion in Copenhagen the following week – and at the start of 2012 Milan-San Remo, plus a more recent snap of him with Dimension Data colleagues on a trip to the Napa Valley after the Tour of California. 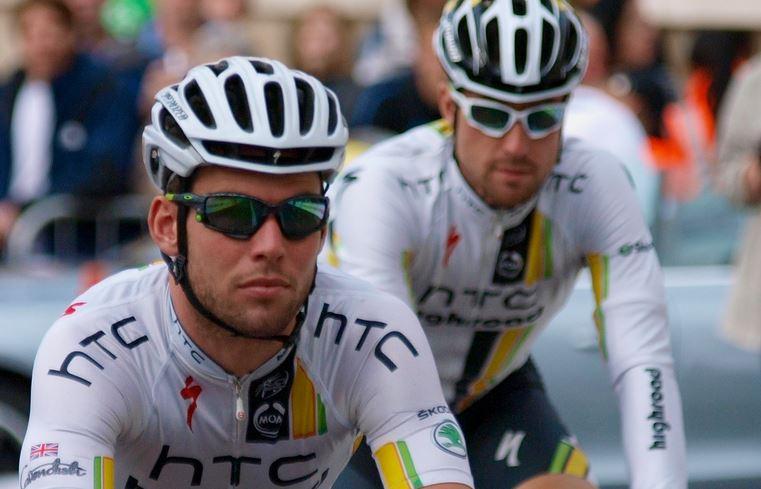 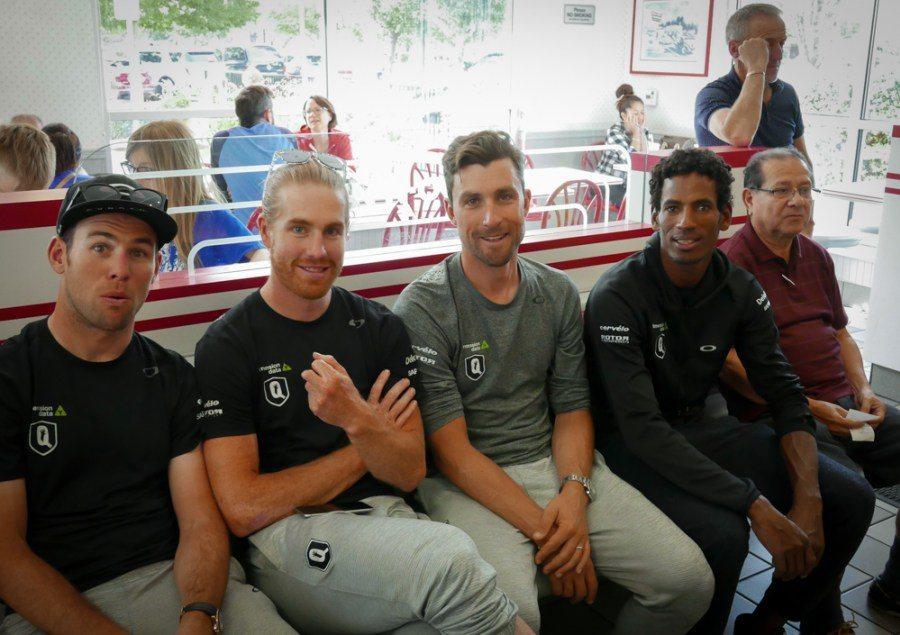