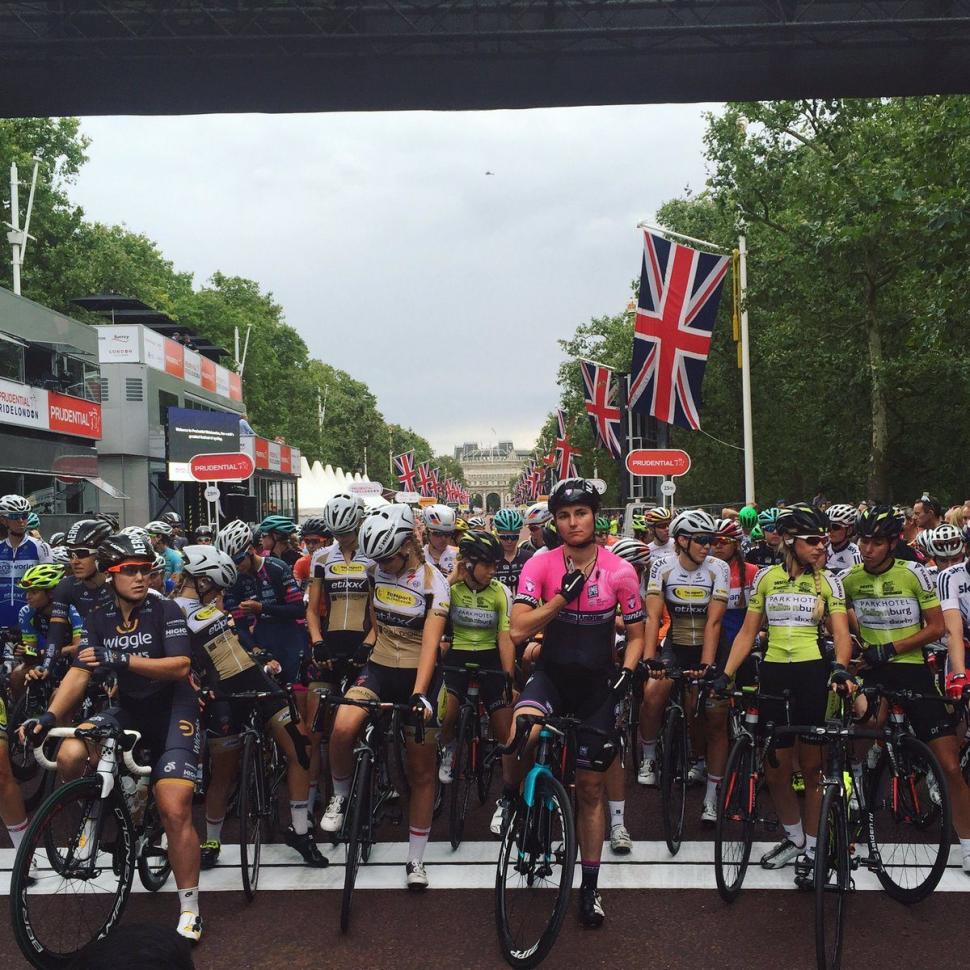 Kirsten Wild of Hitec Products has won the inaugural Prudential RideLondon Classique on the Mall this evening, and with it the richest ever prize in women's cycling, scooping the 25,000 euro top prize.

The UCI Women's WorldTour race replaces the Grand Prix event that featured in the last three editions of RideLondon, and took in 12 laps of an expanded circuit starting and finishing on the Mall and taking in Parliament Square, Whitehall and the Strand as well as Trafalgar Square.

With attacks throughout quickly shut down, the race was always destined to come down to a sprint, and so it proved.

The peloton, however, was strung out as Chloe Hosking of Wiggle-High5 - the team that took two of the three editions of the Grand Prix through Laura Trott in 2013 and Giorgia Bronzini the following year - led the race through Admiralty Arch and into the final few hundred metres against the backdrop of Buckingham Palace.

Last Sunday in Paris, Hosking won La Course by Le Tour de France, but there was to be no repeat victory this weekend as the Dutch rider Wild - who will ride against Trott at the omnium in Rio next month - came to the front and proved stronger than her rivals in the finish.

Well done to Kirsten Wild of @Hitec_Products on a great victory. #RideLondon pic.twitter.com/M2uOeb1Dba