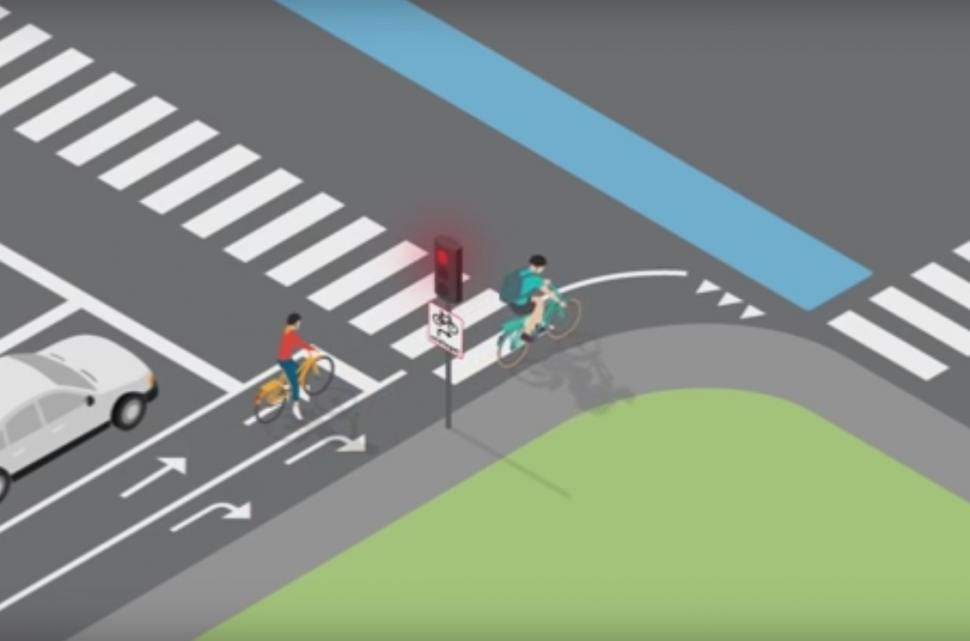 The landmark decision follows a two year trial of 33 junctions, where turning right on red was found not to cause more collisions
by Laura Laker

Denmark has made a landmark decision to allow people to cycle through red lights at right turns, after a successful two year trial showed the change did not lead to more collisions.

From September 1, cyclists in Denmark, the world’s happiest country, will be able to take right turns at 33 selected junctions, to improve journey times for those commuting by bike.

The trial, from 2013-15, saw the number of cyclists turning right through red lights increase by 30 percent at the junctions involved with no increase in accidents.

Transport Minister, Hans Christian Schmidt, said: “Like everyone else in the traffic, cyclists need to reach their destinations quickly”.

“With the option of turning right through a red light at selected intersections, we can provide cyclists a simple option to continue their routes. But it also requires cyclists to be considerate on the roads.”

The junctions were chosen based on criteria, including that the bike path is wide enough for separate right turn and straight ahead lanes, as well as low numbers of pedestrians using affected crossings.

It will still be illegal to turn at other intersections in Denmark, and the permitted junctions are clearly marked with “turn right” signs.

He told the Copenhagen Post  “It will create flow during daily cycling trips, which is the most important thing for everyday cyclists.”

Meanwhile, in the UK, the Institute of Advanced Motoring has said although the road rules should be clear and fair to all road users, cycles proceeding through red lights impact other road users less than drivers doing so, and the UK should look at changing the law as Denmark has done.

After a man was fined in Norwich for cycling through a red light, the IAM’s Martin Woodhouse told the Eastern Daily Press: “Perhaps we should be looking at amending the interpretation of the law to make it safe for them to do so in certain circumstances."