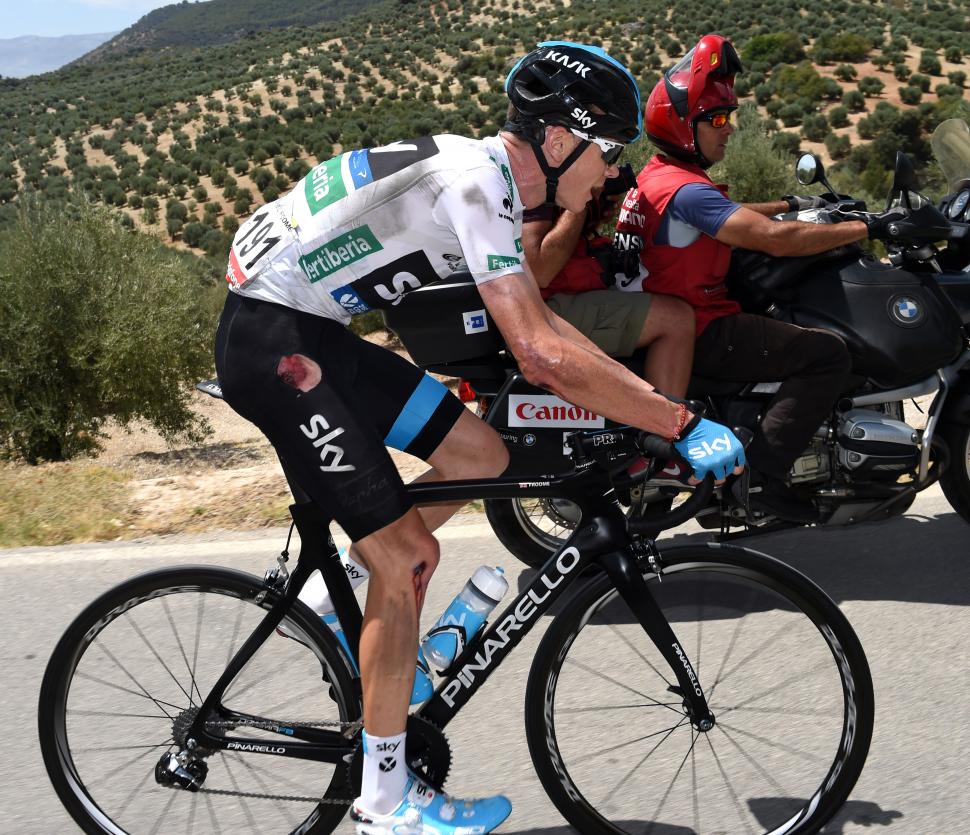 Team Sky rider who has twice been runner-up in Spanish race to target it after Olympics, says Brailsford
by Simon_MacMichael

Three-time Tour de France champion Chris Froome aims to ride the Vuelta a Espana after the Olympics, a race he is seeking to win for the first time after finishing second twice.

He said: "That's the plan at the minute. The season-long plan was Tour, on to the Olympics and on after that to the Vuelta, and that's still the outline at the minute.

"As we go through the next phase with the Olympics, we will assess it as we go along. All being well, that's what we will be doing."

The three-week race starts in Galicia on 20 August, and Brailsford said that Mikel Landa – who pulled out of May’s Giro d’Italia early through illness, then was drafted into the Tour de France squad to support Froome – is also likely to take part in the Vuelta.

"The plan is for Mikel to do it and we will assess where he is at. I think he needs another race before the Vuelta, so we will see where we are at.

"It's his home race and a lot of the race is around his home town and up in the north of Spain, and we have big ambitions for him as well," Brailsford said.

It would be Froome’s fifth participation in the Vuelta, a race he has finished runner-up in twice – in 2011 and 2014 – while in 2014, when he decided to ride the Spanish race after crashing out of the Tour de France in the opening week – he finished fourth.

Last year, he sought to become only the third rider ever – and the first since the Vuelta was moved from May to its current August/September slot in 1995 – to win it and the Tour de France in the same year.

The only men to have achieved that previously being Jacques Anquetil in 1963 and Bernard Hinault in 1978.

Froome abandoned last year's race after breaking a bone in his foot in a crash on Stage 11, when he had been lying eighth overalll,  1 minute 18 seconds off the lead.